A Scottish nurse previously diagnosed with Ebola while working in Sierra Leone was placed in isolation in London Friday morning after suffering an “unusual late complication” from the disease.

The National Health Service branch of Greater Glasgow and Clyde (NHSGGC) confirmed that Pauline Cafferkey does have the Ebola virus in her system but said it was a remnant of her earlier infection, the BBC reported.

Cafferkey, who was transferred to the Royal Free Hospital in London early on Friday after being admitted to Glasgow’s Queen Elizabeth University Hospital for an illness on Tuesday, is most likely not contagious, according to medical staff.

“Pauline’s condition is a complication of a previous infection with the Ebola virus,” Emilia Crighton, the NHSGGC director of public health, told the BBC, adding that the risk to the public is very low.

“In line with normal procedures in cases such as this, we have identified a small number of close contacts of Pauline’s that we will be following up as a precaution,” she said.

More than 11,000 people died over the past year from the disease. Last week marked the first without any new reported cases of the virus since March 2014. 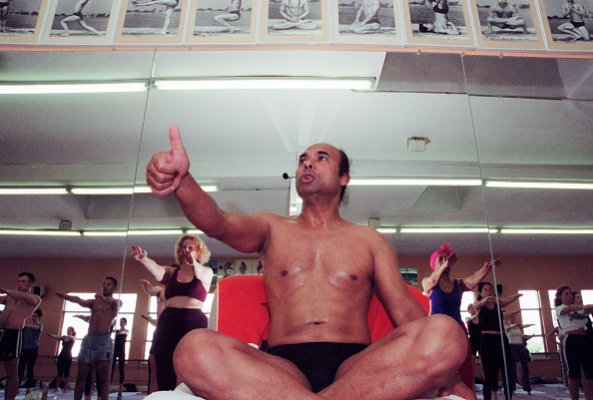 A Court Has Ruled That Bikram Choudhury Can't Copyright His Yoga Poses
Next Up: Editor's Pick