An Indian domestic helper working in Saudi Arabia reportedly had her hand chopped off by her employer when she attempted to escape their home, sparking outrage and prompting an official complaint to the Saudi government from India’s foreign ministry.

The woman’s attempt to escape was motivated by repeated harassment and abuse she endured after moving to the Middle East nation three months ago, the Indian Express newspaper reported.

Sushma Swaraj, India’s Minister for External Affairs, called the incident “unacceptable” on Twitter and said her office had taken it up with Saudi authorities. She also said the Indian embassy is in touch with the victim, who is recovering at a hospital in the Saudi capital Riyadh.

Kasturi Munirathinam, a 50-year-old mother of four, reportedly incurred the wrath of her employers when she notified local authorities about her alleged ill-treatment.

“We are told that the incident happened on the night of Sept. 29 after she complained about torture and non-payment of wages by her employer,” her sister S Vijayakumari, who lives in the south Indian city of Vellore, told the Express. “He chopped off her hand when she tried to escape from the house through the balcony. Some neighbours and others took her to hospital.”

The family learnt about the incident through an “agent” who arranged for her sister’s job, Vijayakumari explained, adding that she had also been sent a video of Munirathinam by a visitor to her hospital. In the video, the victim is seen asking to be brought back to India and describing her attempted escape using a sari.

The practice of relocating to Arab nations in order to earn money as domestic workers or day laborers is fairly common in India, and Munirathinam’s family said she moved to Saudi Arabia because of financial woes following the weddings of her three daughters.

“This is a very unfortunate and most condemnable incident,” Vikas Swarup, spokesman for India’s Ministry of External Affairs, told the Press Trust of India on Thursday. “Our Embassy in Riyadh has taken up the matter with the Saudi Foreign Office and asked for strict action in the matter and severe punishment for the sponsor [employer].

“We have also sought an independent probe in the incident and urged that a case of attempted murder be lodged against the sponsor so that he is punished, if found guilty as per law,” he added. 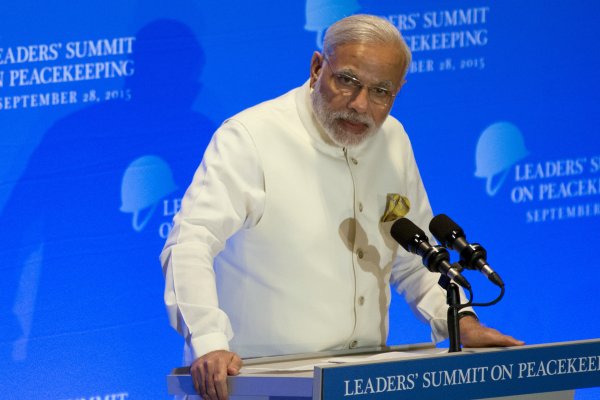