Jawbone Is Building a Health Tracker You Can Swallow

By now you’ve surely heard of wearables, a term used to describe electronic devices commonly worn on the wrist to track sleep patterns or count steps. However, get ready to learn a new term: ingestibles.

According to Jawbone CEO Hosain Rahman — who on Wednesday sat down with Kara Swisher at Code Mobile to talk all things wearable — the company is actively developing ingestible sensors. Meanwhile, Rahman also hinted that Jawbone was moving away from hardware and he preferred to view the tech firm as a software company.

Jawbone currently offers a line of fitness trackers worn on the wrist under the name Jawbone Up.

During the conference, Rahman discussed the wearable industry’s struggle to get people to wear health trackers, and believes letting users ingest devices that “pass through you” and others that live within one’s bloodstream could be the answer, according to Business Insider.

The goal would be to collect intimate details about how efficient—or inefficient—various body parts are functioning. For example, Rahman described a situation where a bloodstream sensor could potentially detect a user’s blood alcohol level and, if over the legal limit, prevent an individual from operating a vehicle.

If sensors designed for ingestion sound all too futuristic, think again.

Late last year Google revealed it was working on a pill that’s capable of detecting diseases, such as cancer, at the cellular level. The end result would be quicker diagnosis, leading to faster, and more efficient treatment.

Additionally, the FDA has approved the Proteus Ingestible Sensor for use when monitoring how much medicine is being absorbed by the body. The tiny device is embedded into pills, and communicate with a small patch worn by the patient in order to transmit its findings to a smartphone app via Bluetooth. The FDA has also approved a product called PillCam COLON, a device used for patients who were unable to complete a colonoscopy. The pill takes a series of photos and videos as it passes through a patients digestive system, transmitting the footage to a nearby computer for doctors to analyze.

We’re still years away from seeing ingestible trackers reach the mainstream consumer market, but the idea is clearly gaining momentum.

The future is fascinating, if not a little creepy. 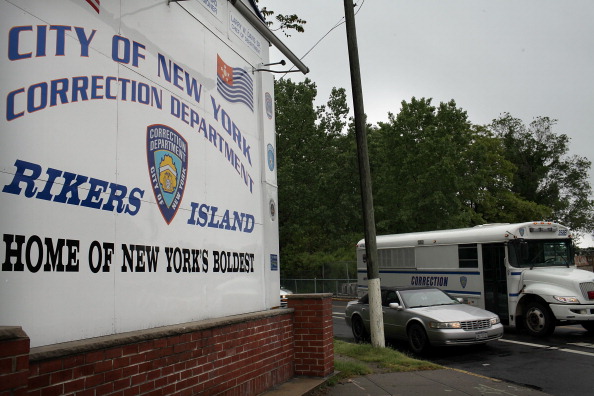 How Data Will Help Fix New York City's Jails
Next Up: Editor's Pick