This image released on Oct. 8, 2015 shows a view from the "Kimberley" formation on Mars taken by NASA's Curiosity rover. The strata in the foreground dip towards the base of Mount Sharp, indicating flow of water toward a basin that existed before the larger bulk of the mountain formed.
NASA/JPL-Caltech/MSSS
By Maya Rhodan

Mars was once able store water in lakes for lengthy spans of time, the nation’s space agency announced on Thursday.

New data from NASA’s Mars Science Laboratory and the Curiosity rover shows a series of lakes and streams once existed on Mars billions of years ago near where Curiosity landed. Those bodies of water are believed to have carried sediment that would later form the foundation of Mars’ Mount Sharp. The lakes are believed to have formed between 3.8 and 3.3 billion years ago, NASA says.

The data follows last month’s news that evidence suggests water currently exists on the Red Planet. “What we thought we knew about water on Mars is constantly being put to the test,” said Michael Meyer, lead scientist for NASA’s Mars Exploration Program, in a post on the agency’s website. “It’s clear that the Mars of billions of years ago more closely resembled Earth than it does today. Our challenge is to figure out how this more clement Mars was even possible, and what happened to that wetter Mars.”

The Curiosity Rover landed on Mars in 2012. 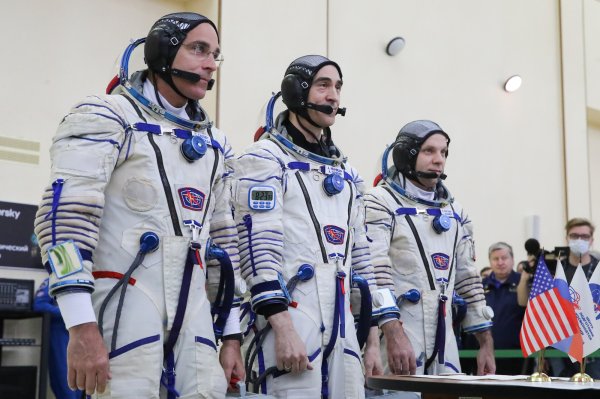