Chris Mintz, dubbed the “Oregon Shooting Hero” for his attempts to save classmates during the attack, has been released from the hospital to $800,000 raised towards his medical bills.

Mintz, a 30-year-old student and Army veteran, was released from the hospital Wednesday night, NBC reports. He had been shot several times during the attack at Umqua Community College on Oct. 1 that left 10 people dead.

But Mintz left the hospital to some happy news: a GoFundMe page started by his family to help with his medical bills had raised almost $800,000. The initial goal was $10,000, “to be sent directly to Chris to assist with his recovery (medical bills, paying his bills while he out of work, childcare for his son, etc),” according to the page.

An update posted on the page Tuesday links out to GoFundMe pages for other victims of the shooting and says, “We just want to make sure that before you donate to Chris, please remember all of the other victims and consider helping them out if you can. It is what Chris would want.” 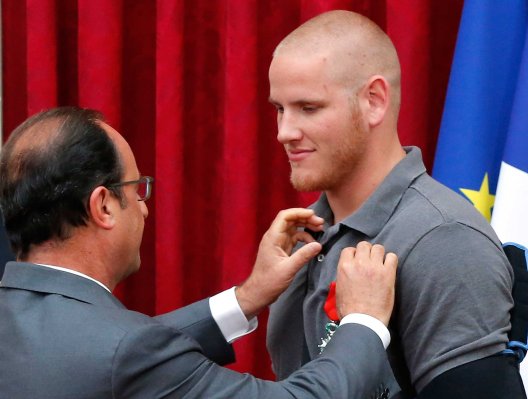 Paris Train Hero Stabbed in Sacramento
Next Up: Editor's Pick