How to Tell if Your Teen's Just Moody or Needs Therapy

Teenagers often seem like the world’s worst roommates. They mess up your house, eat all your food, use up all your wi-fi and are always asking for money. But much of that would be forgivable, if their moods weren’t so erratic, and you didn’t have to worry about them so much.

Often parents think that their kid’s behavior is so extreme, he or she might need to see a therapist. But a new study out of the Netherlands suggests that highs and lows are completely normal among adolescents: the swings eventually fade.

“We found that early adolescence is the period of the greatest volatility, but adolescents gradually stabilize in their moods,” says Hans M. Koot, professor of developmental psychology at VU University Amsterdam and the EMGO Institute for Health and Care Research, a coauthor of the study. “An important message to teens, parents, and teachers is that temporary mood swings during early adolescence might actually be normal and aren’t necessarily a reason to worry.”

But for some teens the sharp swings in outlook and temperament do not even out. That is cause for more concern. The researchers suggest that those whose changes in mood get more extreme as they get older “may need to be monitored more closely, since earlier studies have shown that extreme mood swings are related to more emotional, behavioral, and interpersonal problems.”

The study, which was conducted by the society for Research in Child Development, followed almost 500 teenagers from ages 13 to 18. For three weeks every year for five years, the teenagers, 40% of whom were considered at high risk for acting out, kept an internet journal about what they were feeling. They rated their daily moods in terms of happiness, anger, sadness, and anxiety. The researchers then analyzed their daily ratings for patterns.

What they found was that the teens’ levels of happiness, anger and sadness gradually began to stabilize. There was more variation among girls than among boys in how happy or sad they were, but both genders had a similar rate of change overall. By 18 years old, most of the emotional hills and valleys had given way to a more gentle landscape.

The researchers put the gradual stabilizing in mood down to the various milestone the teens passed—first romance, first breakup, first fight with a parent about staying too late at a party—and to their increasing skill at dealing with mood swings.

The only disposition that doesn’t follow the pattern of a gradually slowing pendulum swing, say the researchers, is anxiety. It peaks and then levels and the builds back up again as students have to navigate finishing school and starting on a life path. This too is normal.

None of this can help you figure out what to do when your teen storms away from the dinner table or loses it with her grandmother. But it may be comforting to know that you have many comrades-at-arms in homes around the world, going through exactly the same thing. 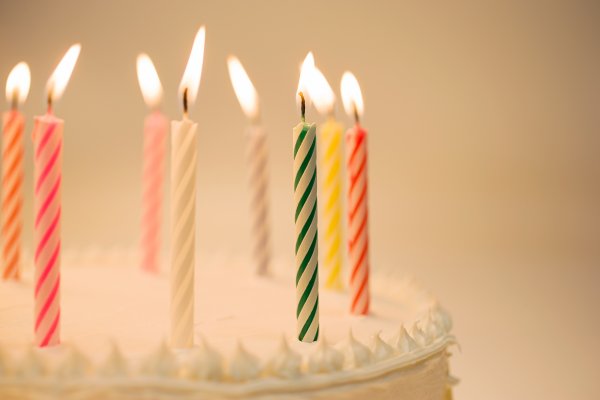 A Modest Proposal For Kids' Birthday Parties
Next Up: Editor's Pick