Oregon dispensaries made more than $11 million in their first week of recreational marijuana sales.

This puts Oregon far ahead of the pace of Colorado, which made $5 million its first week of recreational sales, and Washington, which didn’t make $2 million until four weeks in, the Oregon Retail Cannabis Association told KGW. Oregon made $3.2 million on the first day of sales alone.

Oregon recreational marijuana sales won’t be taxed until January, but this first week of sales shows that the state could make far more than it initially predicted once that 25 percent tax is instated. 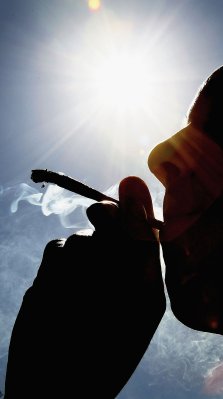 Ohio Man Gets Too Stoned on Weed, Calls Police
Next Up: Editor's Pick