Why Some Healthy Foods Are Not Sustainable

For Americans interested in eating healthy, dietary guidelines—which are expected to be updated by December 2015—are one place to start. At more than 100 pages, the document provides details on everything from vegetarianism to health questions about alcohol consumption.

For people who want to know what’s sustainable in addition to being healthy, however, things can get tricky. Some researchers pushed the U.S. Departments of Agriculture and Health and Human Services to include sustainability information in the 2015 update to the guideline, but the departments declined on Tuesday, saying the government food guidelines were not the “appropriate vehicle” for such a discussion.

Sustainability advocates say it’s critical that more research be done into what foods are the most and least damaging to the environment. “Not only should you [eat sustainably] for dietary health reasons but for the heath of the planet,” said Kathleen Merrigan, executive director of the Sustainability Institute at George Washington University. “We may not have all the answers, but we certainly know we better be raising the questions.”

Meat represents the ultimate in unsustainable food products. Meat goods for consumers, for instance, leave an enormous carbon footprint given the resources they require (water, land, food and fertilizer, to name a few). Producing one kilogram of beef results in the release of 27 kilograms of carbon dioxide into the atmosphere, according to an estimate from the Environmental Working Group.

But in a separate report, published in the journal Science, Merrigan and her co-researchers suggest that consumers may want to consider reducing their intake of some healthy food products, like almonds, for instance, because of the enormous amount of water they take to produce.

Farmers in California, which is currently experiencing an historic drought, produce about 80% of the world’s almonds using one gallon of water for a single almond. The statistic catches the eye easily and has been widely touted, but Merrigan notes that there’s more to the story. Almonds have often replaced even more water intensive crops like cotton and rice.

“It’s not say we shouldn’t be eating almonds,” she said. “These are complicated issues.

Read More: Why Half of Edible Seafood Is Wasted

Like almonds, some fish falls into the same bucket: foods that undeniably belong in a healthy diet—but raise concerns in regards to sustainability, particularly in the long term, the researchers note.

If, for instance, everyone in the U.S. followed the USDA guidelines that Americans increase their seafood consumption, the supply of some fish captured unsustainably could be threatened, the report in Science notes. Further research being conducted in the Netherlands aims to assess which species in particular should be avoided. 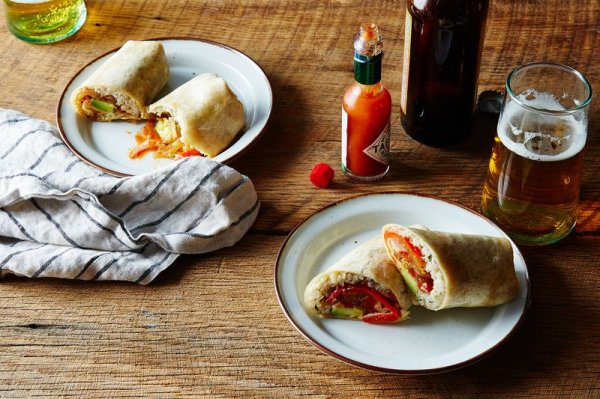 20 Sources of Protein for Vegans
Next Up: Editor's Pick