The maritime arrival this year of more than 560,000 people on Greek and Italian shores, and their subsequent, dramatic trek across the continent by bus, rail, car and on foot, has latterly been described as a “European migrant crisis.”

This description is misleading. More than half of those crossing the Mediterranean and Aegean are from Syria, a country devastated and emptied of a quarter of its population by four and a half years of war. Prima facie they have good claim to refugee status. The second-largest group of arrivals, Afghans, constitute just 14% of the total. So what is unfolding in Europe is overwhelmingly, though by no means exclusively, a Syrian refugee crisis. Its seemingly sudden onset speaks to just how dire the situation in Syria and the region has become, and the absolute urgency of tackling the humanitarian impact of the war.

The conflict in Syria has wrought a terrible toll on the population. Hundreds of thousands have been killed and nearly eight million internally displaced. Civilians and civilian infrastructure are deliberately and wantonly targeted. In a country where every second person needs aid, belligerents, by means ranging from bureaucracy to besiegement, are obstructing almost five million people’s access to food, water and medicine, in flagrant violation of successive U.N. Security Council resolutions.

Difficult as it is to imagine, the situation has in recent months deteriorated even further. Fighting—barrel bombs, shells, rocket and mortar attacks—has intensified in almost every governorate. The U.N. predicts that a million more Syrians will abandon their homes by Christmas unless it abates. Despite the spiraling needs in the country, which have grown 12-fold since the beginning of the conflict, the U.N.’s humanitarian appeal for Syria for 2015 is just one-third funded, 12 weeks from the year’s end.

Heightened terror and deepening poverty, then, are forcing flight from Syria, in a continuation of the exodus that has seen more than four million people flee into neighbouring states since 2011. But that is only part of the explanation. Last month I visited the Greek island of Lesbos, boat-borne refugees’ primary gateway to Europe, and met among the arrivals young, educated Syrians, who to date have managed to avoid the worst of the conflict.

The disruption of basic services in previously untouched parts of cities like Damascus and Aleppo, the contraction by more than half of Syria’s economy, widespread unemployment, soaring inflation, a plummeting currency, forced conscription, and the complete absence of a political process aimed at securing an end to the violence have forced a recalculation on the part of this technocratic class, and a realization: The case for their staying in Syria has been eroded.

This sense of despair goes some way towards explaining why those fleeing the country are now transiting through rather than sheltering in Syria’s neighbors, and why Syrian refugees in those countries are joining them in seeking protection in Europe. Ebbing international interest and diplomatic engagement give Syrians little cause to believe that the conflict will be resolved in the near future, or its long-term effects readily addressed. Russia’s intervention heightens rather than tempers the uncertainty. The case for remaining in the region in hope of eventual return is, therefore, collapsing, too.

Conditions in Syria’s neighbors have also worsened significantly as the war has dragged on, forcing refugees there to push on to Europe and those contemplating flight to discount the region as a haven. Last month Turkey put the cost of sheltering some two million Syrians at $7.6 billion. Jordan’s Economic and Social Council predicts that its provision of protection to nearly 630,000 refugees will cost the kingdom $4.2 billion by 2016. The World Bank estimates that Lebanon’s basic infrastructure will require investment of up to $2.5 billion just to be restored to pre-crisis levels. Yet donors outside the region have not stepped up: the U.N.’s 2015 appeal for Syrian refugees and their hosts is just 46% funded.

As in Syria, the impact of such a shortfall has been profound, forcing desperate refugees to risk the journey to Europe in hope of a better life. U.N. World Food Program vouchers have been cut by a third since the beginning of the year. Poverty rates are rising. With limited access to legal employment, more and more refugees are running out of cash and sinking deeper into debt. Parents are struggling to feed, clothe and shelter their children. Instead of being in school learning, some boys and girls are on the streets begging. The most desperate women are forced into survival sex and early marriage.

This, then, is the “European refugee crisis.” The exodus from Syria, and the needs generated by its civil war, have created the biggest humanitarian emergency since World War II. Addressing it and the insecurity that is forcing Syrians onto Europe-bound boats requires international investment of the scale and ambition that characterized American support for Europe in the aftermath of that conflict—a Marshall Plan for the Middle East.

By this name or another, the U.N.’s appeals for the region must be funded. Lebanon, Jordan, Turkey and Iraq should receive the direct financial support and long-term development assistance that they require to repair their economies and create jobs for Syrians and the communities hosting them. Expanding resettlement programs and establishing safe and legal routes for refugees seeking to reach Europe are essential counterparts to such a plan.

Of course, none of this will stop Syrians from seeking to flee Syria. Only an end to the conflict, to attacks on civilians, to the blocking of aid can do that. All of this is the responsibility of the U.N. Security Council and those countries backing the warring parties. The need for support for the humanitarian effort, and for a renewed political and diplomatic drive to end the war, has never been more urgent.

Correction: The original version of this article misstated the amount it would cost Jordan to protect Syrian refugees. It would cost $4.2 billion by 2016. 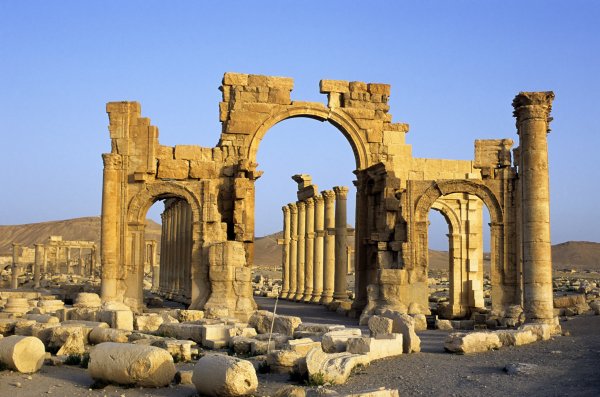 Why ISIS Wants to Destroy Syria's Cultural Heritage
Next Up: Editor's Pick