Peter Pan’s Backstory Is a Mess of Moviesplaining

“Second star to the right, and straight on till morning” was how a pre-GPS Peter Pan got to Neverland. The route in director Joe Wright’s extravagant prequel Pan is a mite more complicated: hop on an 18th century pirate ship skittering along the Thames, avoid the strafing of the RAF Spitfires buzzing your topmast (it’s World War II London, after all) and head for the clouds. There you’ll find the “cruel and dangerous” Blackbeard (Hugh Jackman) ruling over a pixie-dust mining colony of lost boys, who for some reason are bellowing out Nirvana’s “Smells Like Teen Spirit.” Proceed with caution.

There’s no denying that Pan is one ambitious fairy tale. But what’s being labeled a “wholly original adventure” feels far from new, never mind necessary. The usual cast is on hand: Tiger Lily (Rooney Mara), a pre-hook Hook (Garrett Hedlund) and a flicker of light called Tinkerbell. There is action and adventure, and also prophecy: It has been foretold that the “chosen one” who will lead the successful rebellion against Blackbeard will be able to fly. The young Peter (Levi Miller) has shown a propensity for unaccompanied air travel. Let the hostilities commence.

There is much to be enjoyed in Wright’s update, including its abundant visual energy. Still, one wonders if Pan will really do much for Peter, who has endured for more than a century partly because he has no history. Despite his brashness and bravery, he’s a poignant figure, a boy who refuses to grow up but still hungers for someone (Wendy) to tell him stories. Why? We never cared. Wright erects an elaborate backstory, but like a lot of high-flown mythology manufactured for motion pictures, it doesn’t quite get off the ground. 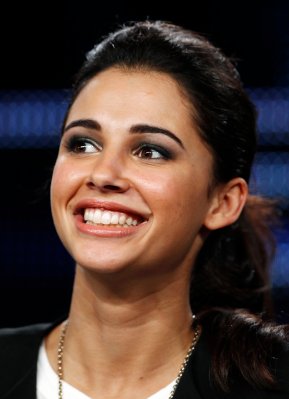