The Way Ahead for Gun Control

The latest installment of what has become a tragic American ritual took place on a sunny morning in Roseburg, Ore., a river town that calls itself the Timber Capital of the Nation. Within minutes of Christopher Harper-Mercer’s Oct. 1 assault at Umpqua Community College, the achingly familiar sequence began–scattered reports across Twitter and cable-news tickers, then images of arriving police and shaken survivors. Finally, the toll: nine injured and 10 dead, including the 26-year-old gunman, who took his own life during a shoot-out with authorities.

Routine, too, were the predictions that this latest massacre would bring no change. But there are signs that that may not prove true. Washington may offer scant hope for policy changes after mass shootings: Even though, according to the Pew Research Center, 85% of Americans favor background checks for all gun purchases, a 2013 bill to mandate them failed in Congress. That vote came in the wake of the Sandy Hook school shooting, and the question became, If that outrage couldn’t alter the status quo, what could?

One answer: Look outside the Beltway. Beyond our gridlocked Congress lie signs that America is finding other ways to try to stop mass shootings, including some winning support from gun owners. The 2012 tragedy in Newtown, Conn., may not have yielded federal legislation, but it produced a series of aggressive efforts around the country to regulate gun sales. Within a year, 12 state legislatures expanded background checks on gun purchases, including Illinois, Delaware, Connecticut and Missouri. Five states tightened assault-weapons restrictions that year, and a ballot measure expanding background checks passed in Washington in 2014. A similar measure will be on the Nevada ballot next year, and an effort is afoot in Maine. “Since 2013, roughly half of the U.S. population is living in a state that strengthened gun laws in some important way,” says Daniel Webster, director of the Johns Hopkins Center for Gun Policy and Research. Still other states, though, weakened restrictions on guns.

In a sign that the political calculus is shifting, Democrats are trying to make gun control a 2016 issue. Days after the Oregon shooting, Hillary Clinton said she would use an executive action to skirt Congress and tighten the gun-show loophole, which lets some private sellers avoid background checks.

Not every effort to prevent mass shootings is about regulating guns. President Obama has increased funding to train and arm police in schools–an idea backed by the National Rifle Association. And the FBI is devoting more resources to a threat-assessment team charged with the tricky task of separating the antisocial and the angry from the potentially dangerous. From 2000 to 2014, there were 166 mass shootings in more than a dozen developed countries around the world; 133 of them were in the U.S. Mass shootings will never be any less tragic, but perhaps they could become less of a ritual. 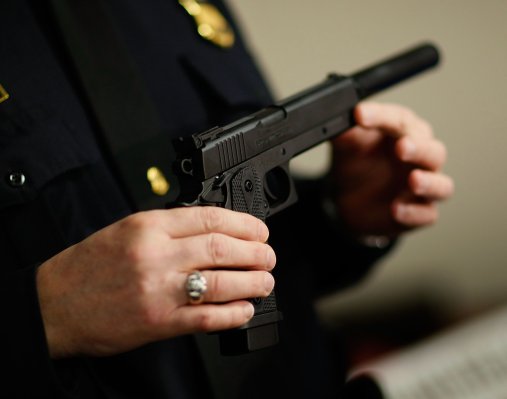 The Reasons for A Decline in Support for Gun Control
Next Up: Editor's Pick