George W. Bush takes the stage at the 2015 Starkey Hearing Foundation So The World May Hear Gala in St. Paul, Minn., at the St. Paul RiverCentre on July 26, 2015.
Adam Bettcher—Getty Images
Ideas
By George W. Bush

With a Presidential Election just over a year away, Americans are witnessing a spirited debate about our country’s role in the world. This discussion is healthy for our democracy, and I follow it as a happily retired spectator. In the midst of our differences, there should be at least one issue on which all Americans can agree: helping the people of Africa fight disease advances both our interests and our ideals.

For too long, Africa was viewed as a continent to exploit or ignore. In our early years, Africa was the origin of many American slaves. Later, many saw Africa primarily as a source of raw materials such as diamonds or oil. Meanwhile, the African people suffered terrible hardships—from colonialism to genocide—and the world did not do enough to help.

At the turn of the millennium, Africa faced another devastating challenge. The HIV/AIDS pandemic had killed 10 million people on the continent. In some African countries, estimates indicated that 1 in 4 people carried the HIV virus. Although modern technology had reduced the cost of life-saving drugs, fewer than 50,000 Africans received the medicine they needed to survive.

As President, I found it morally unacceptable for the United States to stand aside while millions of people died from a disease we could treat. I also recognized that saving lives in Africa serves America’s strategic interests. When societies abroad are healthier and more prosperous, they are more stable and secure. They become markets for our producers, not exporters of danger or sources of humanitarian crisis.

In 2003, I proposed—and legislators from both parties enacted—the President’s Emergency Plan for AIDS Relief (PEPFAR). Since then, the number of Africans receiving life-saving medicine has grown from 50,000 to more than 7 million. Tens of millions more have benefited from AIDS testing and education about prevention. A continent once on the brink of catastrophe is now living with new hope—a transformation some have described as the “Lazarus effect.” And as African nations have grown in health and stability, our country has benefited.

PEPFAR has been an inspiring success, but that success has revealed new challenges. Researchers have learned that women living with HIV are four to five times more likely to develop cervical cancer. Like AIDS, cervical and breast cancer often strike African women in their most productive years, destabilizing families and communities. Also like AIDS, cervical and breast cancer are largely preventable and treatable.

It makes no sense to save a woman’s life from AIDS, only to let her die from treatable or preventable cancer. So four years ago, the policy institute at the George W. Bush Presidential Center partnered with the U.S. government, Susan G. Komen and the Joint United Nations Programme on HIV/AIDS to launch an initiative called Pink Ribbon Red Ribbon. Working with local partners in Africa, we have screened nearly 200,000 women for signs of cervical cancer. We have screened more than 6,000 women for breast cancer. And more than 40,000 adolescent girls have received vaccines to protect against the virus that causes cervical cancer.

Laura and I have seen the results of Pink Ribbon Red Ribbon up close while refurbishing health clinics in Zambia. Before the clinic we worked on in Livingstone opened, women lined up outside for cancer screenings. Although some women in line looked apprehensive, many looked joyful, because they understood that this simple medical procedure could save their lives.

Pink Ribbon Red Ribbon is making a difference, and it is growing. The initiative now includes more than 20 private-sector organizations, including major medical-research companies and charitable foundations. At the Global Women’s Network summit last month at the Bush Center, ambassador Deborah Birx announced that PEPFAR will contribute an additional $7 million to Pink Ribbon Red Ribbon, meaning that the generosity of the American people will continue to support the fight against AIDS and women’s cancer in Africa.

Spreading health and hope in Africa is a cause worthy of our great nation. This work reflects American compassion and reinforces American interests. Promoting stability abroad protects our security here at home. Whatever other foreign policy disagreements may arise over the course of this campaign, saving lives in Africa is one priority that should remain beyond debate.

Bush was the 43rd President of the U.S. 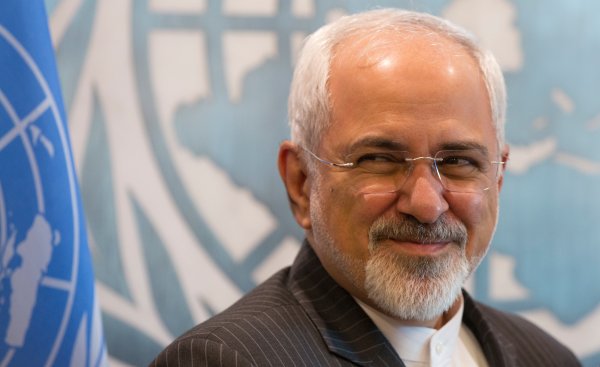 Iran Could Be a Surprising American Ally in Syria
Next Up: Editor's Pick