The ethics of ad blocking–like death, and the previous occupants of your hotel room–falls under the heading of things nobody wants to think about. Unfortunately, if you’re alive and use the Internet, it concerns you personally. What’s more, it’s just the tip of a very large iceberg that is going to chill the world around you, like it or not. And you probably won’t like it. So maybe better to think about it now.

A quick review: right now being on the Internet means being exposed to advertising. It’s like fluoride in the water–it’s everywhere. Fortunately you can change that using ad-blocking software, which filters out most ads so you don’t have to see them. Ad blockers have existed for years–a report issued in August by PageFair, a company that monitors them, claimed that 198 million people use them. They’re in the news now because Apple just made it possible for ad blockers to work with Safari, the iPhone’s built-in Web browser, for the first time.

Unfortunately, like most ideas that appear unambiguously good, ad blocking isn’t, not quite. The reason you see ads online is that the people who make the websites you visit sell advertising space on them; that is to a lesser or greater extent how they get paid. Which in itself is sort of bizarre, if you think about it: what they’re really selling is your attention, an invisible, unquantifiable commodity that they harvest and then sell to ad servers, who resell it to companies who want you to pay attention to them. You didn’t think Google made its money selling search results, did you? Search results are free. Google is an ad-serving company–last year that was 90% of its revenue. Facebook is also an ad-serving company–92%. For Facebook your entire personal life is just the phosphorescent lure of an anglerfish, attracting attention so that advertisers can devour it.

When you visit a website but block its ads, you’re declining to give its creators the advertisers’ money. Depending on how you look at it, this either makes you a cheapskate who is content to watch all of journalism wither and die for your personal comfort, or a righteous warrior against ugly, badly coded, bandwidth-hogging ads that moreover track your browsing behavior in creepy ways.

The root problem here is the jerry-built nature of the attention economy itself, in which everybody participates but most people only semiconsciously consent to. But the most obvious alternative–readers paying directly for content using actual money–has yet to prove itself as viable. There are just too many free (or at least ad-supported) alternatives. The New York Times announced in August that it has a million digital subscribers, which is an impressive number, but almost 60 million people read the Times online. That’s less than 2%.

If a website has the money, it can invest in what’s called native advertising, which looks more like the site’s own content and is harder to block. It can also throw itself into the arms of Facebook, which hosts articles in its own walled garden, where its ads can’t be blocked, and splits the revenue with the creators. Not coincidentally, another new feature on your iPhone is an app called Apple News, which offers content creators a similar proposition.

And that’s where we get a look at the bigger picture. Apple isn’t just cleaning up ads here. It’s taking a shot at Google, whose ad revenues increasingly come from mobile ads–and mobile web traffic is dominated by iPhones. No ads, no revenue. For Apple this isn’t about content, and still less about ethics. This is about money. To content creators ad blocking is an existential threat, but it’s really just a stray bullet from a street fight between two corporate behemoths.

We’ve entered a looking-glass world where entire content industries are so much smaller than the high-tech companies that broker and distribute them that they’re reduced to pawns in the great game of Silicon Valley. According to the Interactive Advertising Bureau, all the digital advertising sold in the U.S. in the first quarter of this year was worth $13.3 billion. In the same quarter Apple alone earned almost six times that: $74.6 billion. We as human beings need content, but Apple doesn’t, not really, not anymore, and if it ceases to be useful, well, who knows what might happen? Maybe it’s better not to think about it after all. 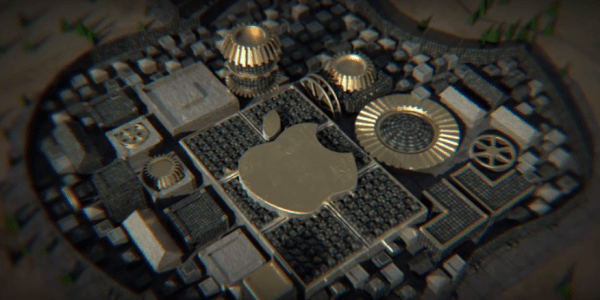 Here's What Game of Thrones Would Look Like If It Was Set in Silicon Valley
Next Up: Editor's Pick