A humane society is offering a $2,100 reward to anyone with information that leads to the arrest of the person who shot a tabby cat with a crossbow.

The tabby was found around 10 A.M. on Monday under a deck outside a home in Kalamo Township with a crossbow bolt sliced through the its torso.

Capital Area Humane Society in Lansing, Michigan, initially offered a $1,000 reward to find the person responsible for the act on Tuesday. The owner is not suspected to be the shooter. While the group realizes the shooting might have been accident, they are not ruling out a possibly intentional motive.

The cat is expected to recover despite suffering extensive lung damage: On Wednesday, CAHS updated the condition of the cat, dubbed Kitty by caretakers, but whose name was revealed to be Booger, according to The Detroit News.

Initially, Booger’s situation was a bit more dire. “Kitty is in serious, but stable condition,” CAHS said in an earlier Facebook post. “He is currently being treated for pain and is doing as well as can be expected. We will continue to keep you posted on his progress. We are truly grateful for your kind words, support, and donations to our special care and cruelty fund.”

Those with information are urged to contact the Eaton County Sheriff Department at 517-543-3512. 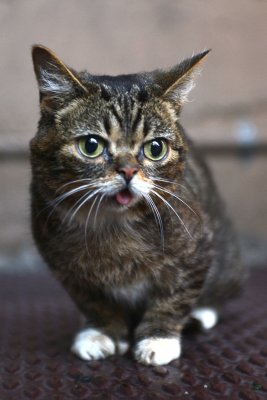 Lil Bub the Cat Is Releasing a Full Album
Next Up: Editor's Pick