The Trans-Pacific Partnership Is a Bad Deal for American Workers

Now that the Trans-Pacific Partnership (TPP) deal has been finalized, the Obama administration is telling anyone who will listen that it has the strongest protections for workers of any trade agreement in history. But nothing we know now about the TPP gives me any confidence that workers will end up with the good jobs and protections they deserve.

There’s been a lot of talk about winners and losers in various aspects of this deal. Spoiler alert: Corporations seem to win at every turn at the expense of working people. As my friend Steelworker President Leo Gerard said, “TPP may be the final blow to manufacturing in America. Our producers and workers are under siege from other nations’ massive overproduction, foreign currency devaluation, our own lack of long-term infrastructure investment and the strong dollar.”

1. Omitting currency rules from TPP will undermine all of its touted market-opening benefits. Currency manipulation has already caused thousands of U.S. factories to close and millions of workers to lose their jobs. A TPP without currency rules turns a mighty river of offshoring into a tsunami.

2. The inclusion of corporate courts (for investor-to-state dispute settlement) is a win for global business. Giant firms who use the U.S. as a flag of convenience but produce little here can now invest in Australia, Japan and Malaysia, then sue over laws and regulations they don’t like. They will be able to collect billions from taxpayers to compensate for lost profits.

3. It could hurt U.S. automakers. Japanese auto manufacturers are thrilled with the new rules because TPP will reduce U.S. tariffs on cars and trucks Japan sends to the U.S. Those cars may have a Japanese name on the outside, but everything that actually makes it a working car could be Chinese. I don’t know how U.S. Trade Representative Mike Froman can look at any auto supply chain worker in the U.S. (or Canada or Mexico for that matter) and tell them with a straight face that TPP is a good deal.

4. It’s unclear whether the labor provisions will benefit workers. While there may be some small improvements to the labor chapter, we have first-hand experience that rules are worthless without enforcement. Until we see the actual text, we won’t know how much these promises live up to their hype.

Sadly, terrible trade deals have affected working people for the past four decades. Based on past performance, those who believe the same old promises will suffer, while those who wish to abuse and exploit workers with little pushback from governments will profit. 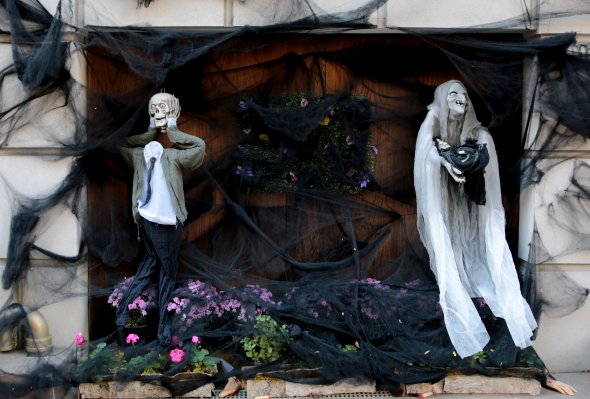 My New Aspiration for the Season of the Witch
Next Up: Editor's Pick