People stand under a banner reading in French "Ebola - All together for victory" during a concert gathering artists from across Africa to celebrate Guinea reaching the final stages of the battle with the deadly Ebola epidemic on Sept. 26, 2015 in Conakry.
Cellou Binani—AFP/Getty Images
By Alexandra Sifferlin

Last week marked the first week of no new Ebola cases worldwide since the outbreak began in March 2014, the World Health Organization announced on Wednesday.

While the news is encouraging, there are still hundreds of contacts who are undergoing followup check-ins to make sure they stay healthy and the agency says the risk of transmission remains high.

“Case incidence has remained below 10 confirmed cases per week for 11 consecutive weeks,” the WHO writes in a statement. “Over the same period, transmission of the virus has been geographically confined to several small areas in western Guinea and Sierra Leone, marking a transition to a distinct, third phase of the epidemic.”

For a country to be declared Ebola-free, it must go 42 days without reporting a new case of the disease. The most recent case numbers from the WHO show that since the beginning of the outbreak there have been a total of 28,421 people who have been infected in the hardest hit countries of Sierra Leone, Guinea and Liberia since the start of the outbreak. Among those infected, a total of 11,297 people have died. 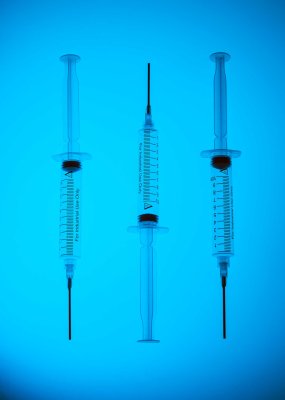 Here's Who Doesn't Need to Get a Flu Shot
Next Up: Editor's Pick