A retired bishop in the United Kingdom was sentenced to 32 months in prison Wednesday after admitting to the sexual abuse of 18 young men during his time as a leader of the Anglican church.

Peter Ball, 83, a former bishop of Lewes, had been under investigation as early as 1992, when a victim reported abuse to authorities. The case has attracted attention in the U.K. due to allegations that powerful members of the establishment may have attempted to intervene on Ball’s behalf at the time.

The Guardian newspaper reported that prosecutor Bobbie Cheema told the court: “The police report that accompanied the papers sent to the CPS [Crown Prosecution Service] in 1993 after the police had done their work stated they had received telephone calls supportive of Peter Ball ‘from many dozens of people – including MPs, former public school headmasters, JPs and even a lord chief justice.’ ” The BBC reported that Cheema said that during the investigation police received 2,000 letters of support for the bishop, including backing from a royal figure and cabinet ministers. The BBC also reported that Cheema stated: “I should make it clear that it is impossible to say whether those letters were encouraged and it is unlikely that those who wrote were in possession of the full facts.” The royal figure who allegedly supported Ball at the time was not identified.

Last month, Ball pleaded guilty to two charges of indecent assault and misconduct in public office. One victim of his abuse committed suicide in 2012. Others have been outspoken in their condemnation of the former bishop.

“Bishop Peter Ball is a monster and should as a matter of justice be sent to jail for the rest of natural life,” Reverend Graham Sawyer, a victim, told the BBC.

UPDATED: This story has been updated to clarify statements made in court and incorporate comment from the Crown Prosecution Service and a representative of the Prince of Wales. 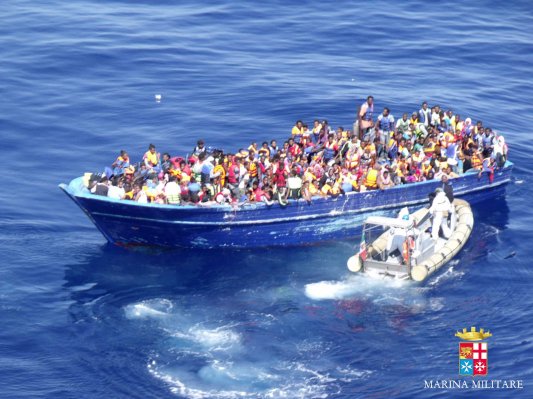 E.U. to Seize Boats Used to Smuggle Migrants
Next Up: Editor's Pick