When Nicki Minaj called out Miley Cyrus at this year’s MTV Video Music Awards for disparaging comments the pop star made about her a few days before the ceremony, Minaj stole the show (and inspired a whole line of Etsy products) with a single line: “And now back to this b-tch that had a lot to say about me the other day in the press—Miley, what’s good?”

Now, the “Anaconda” rapper is explaining why she did it.

In a new interview with the New York Times Magazine, Minaj addresses the summer drama that seemed to involve all of the year’s biggest pop stars. First, Minaj’s “Anaconda” video did not receive a Video of the Year nomination from MTV, which inspired Minaj tweet about how the show only “celebrates women with very slim bodies” and inconsistently acknowledges the cultural contributions of black women. (Beyoncé did receive a nomination in that category, however.)

Then, Taylor Swift interpreted Minaj’s comments as a personal attack and accused Minaj of “pit[ting] women against each other.” Swift later apologized, and the two went on to patch things up and kick off the VMAs together—but not before Cyrus (not to mention Katy Perry) weighed in on the incident. Cyrus told the Times a few days before the awards show that Minaj’s complaints were “not polite” and “just about [her]self,” even after the reporter conducting the interview tried to explain the larger cultural critique Minaj was making. Cyrus didn’t back down, though, which of course led to the shade-thrown-’round-the-world.

Here’s what Minaj, addressing Cyrus, had to say about the confrontation to the magazine: 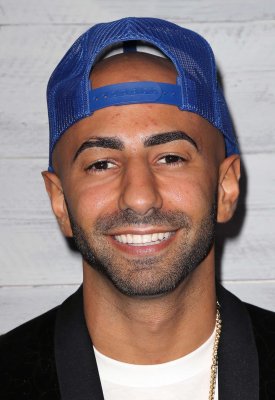