Former Secretary of State Hillary Clinton said Tuesday she sent a copy of her 2014 book “Hard Choices” to all of her Republican rivals, saying she’s responding to their critiques about her record.

“You know, I hear the Republicans talking from time to time in their debates and elsewhere and they say things like, ‘Oh, I don’t know what she accomplished as Secretary of State. She didn’t accomplish anything,'” she said at Strawberry Farm Bed and Breakfast in Muscatine, Iowa. “I listened to that for a while. And then I thought maybe they just don’t know, so I have now sent each of them a copy of my book, Hard Choices, about what we did during those four years.”

“There are so many of them they could start a book club,” she joked.

A campaign aide said the idea for the book distribution came after the Republican debate last month, when Clinton was discussing with aides between events in Maine and New Hampshire the Republican focus on her accomplishments as Secretary of State. She proposed sending her book to the candidates, along with a letter introducing them to her record. Her campaign followed through with her suggestion, sending the following letter to 14 candidates.

According to the campaign, Clinton addressed the candidates by their formal names and without their honorifics, not how they are known to the public, such as “Piyush Jindal,” “John E. Bush,” and “Randal H. Paul, M.D.”

In Muscatine Tuesday, Clinton went on to list the highlights of her time in office, saying the book could provide her rivals with instruction in the affairs of state. “I’m trying to be a good fellow candidate and give them some help so they understand what it is to have to make these hard choices when you’re sitting there and you’re facing them,” she added wryly.

“If they want to know how to put together a coalition that imposes international sanctions on a country like Iran, they can read about it, because that’s what I did,” she said. “Or maybe they’re interested in how you negotiate a ceasefire on behalf of Israel when Hamas rockets are raining down on Israel and you have to do it with the Muslim Brotherhood president in Cairo of Egypt who supports Hamas. Or maybe they want to know how to get a blind dissident out of China when the Chinese government is mad because you let them go into the embassy in the first place. Or what to do about Internet freedom or anything else.”

A spokeswoman for Jeb Bush said the candidate has yet to receive his book. “Governor Bush hopes Secretary Clinton will have an opportunity to read his
e-book, Reply All, when it comes out in a few weeks,” his spokeswoman, Kristy Campbell, said. “The book, based on Governor Bush¹s emails while in office, is a good lesson on the importance of transparency in government.”

While Texas Sen. Ted Cruz said he’d send Clinton a copy of his own book. 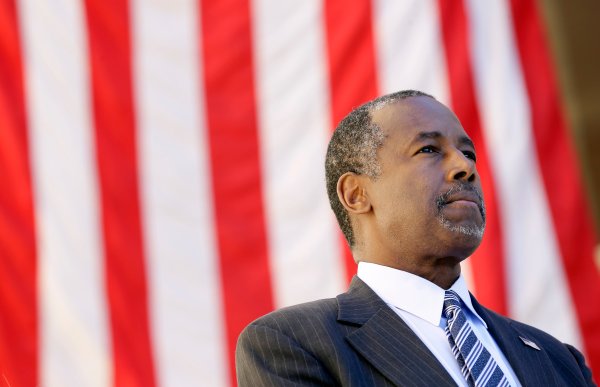 Ben Carson: I Would Not Just Stand There and Let Oregon Attacker Shoot Me
Next Up: Editor's Pick