Justin Bieber and One Direction are both releasing new albums Nov. 13, and Bieber’s already expressed his feelings about that on a Snapchat sent out to his fans in September: “That face you make when you come out with an album the same day as Justin Bieber,” Bieber said in the Snapchat video before striking a frightened pose. But Bieber got a bit more serious about the “friendly competition” in a recent interview with a New Zealand radio station.

“I don’t know if they’re really going on the road much, but we’re talking about them right now, so it gives them some promo, right?” he said. “So that’s probably why they did it … I think it was strategy on their part, because my release date was first.”

If it seems like it’s bothering him though, it’s not — at least that’s what he says: “It’s whatever,” he said. “It’s gonna be fun. I’m excited to see what happens.”

One Direction announced that they would release their fifth album, and first without Zayn Malik, Made In The A.M., after Bieber had already announced his release date, and both collections feature huge songs. Bieber’s will house “What Do You Mean?” which made history on the Hot 100, and “Where R U Now,” whereas Made In The A.M., will feature “Drag Me Down” and “Infinity.”

Watch the full interview below (and watch him talking about One Direction beginning at about the three-minute mark). 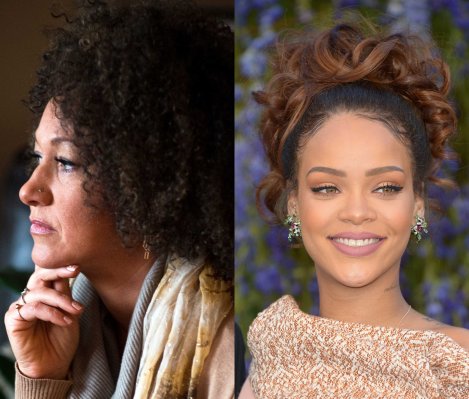 Rihanna Calls Rachel Dolezal a 'Hero'
Next Up: Editor's Pick