Pixar has released a brand new trailer for The Good Dinosaur that reveals several emotional twists and turns in its tale about an adorable Aapotosaurus named Arlo and Spot, his human BFF.

Featuring footage that reveals a peek at Arlo (Raymond Ochoa)’s origins story, the trailer takes viewers through a sequence of events – which includes both an asteroid and a flash flood — that eventually leads Arlo to a little boy (Jack Bright) who evolves from a sort-of protector to a super-close friend.

“Nature itself becoming a character was a big deal. Everything that we want to throw at Arlo, we can do externally but also internally as well,” Sohm told EWearlier this fall. “And what I mean by that is when a storm hits, it can affect Arlo in a real external way, but we also tried to find ways that it can affect him emotionally. His big issue is that he’s afraid of everything, and he isn’t capable. When he’s in front of these natural backgrounds, it’s important that he feels outside of that.” 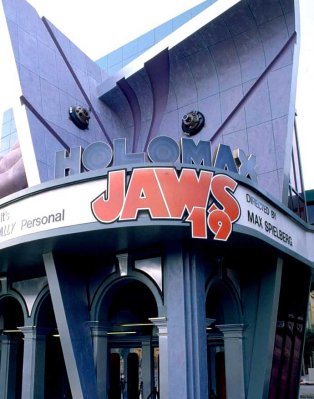 Watch the Jaws 19 Trailer Ahead of the Back to the Future Anniversary
Next Up: Editor's Pick