A few weeks ago, a passenger in the cafe car of an Amtrak train near Wilmington, Del., overheard a juicy rumor. A Joe Biden ally was holding phone calls, promising people the vice president was preparing to enter the 2016 campaign. The eavesdropper alerted a reporter, who posted the tidbit online.

Ian Miller read the story and knew just what to do. Logging onto a political forecasting website called PredictIt, he quickly bet a few hundred dollars that Biden would enter the race. As Miller expected, the odds soared as the news spread. Then he hedged his bets, placing a wager that Biden wouldn’t run. Soon he had notched a nice profit.

So it has gone all year for Miller. The 24-year-old high school teacher from the suburbs of Chicago has won online predictions on everything from President Obama’s weekly approval rating (the key: look to historical benchmarks) to the prospects of a U.S. government shutdown to the results of the Israeli elections (he sensed Prime Minister Netanyahu’s Likud Party would siphon votes from the far-right). Since depositing $110 in March, Miller is up more than $16,000. “It’s been a good couple of months,” he says.

Welcome to the new American campaign casino. For the first time in modern history, the average citizen 18 years or older can legally place real-money wagers on politics, in a marketplace approved by federal regulators. The new market for political betting, coupled with the explosion of the multi-billion dollar fantasy-sports industry that was roiled by scandal this week, has raised questions about the spread of online betting markets that have few rules to prevent forms of insider trading.

Like Miller, many of the top speculators on PredictIt are political junkies who win money with a mix of savvy and speed. But PredictIt also allows for those with inside knowledge of future political events—campaign pros, candidate aides or pollsters—to profit as well. “The risk is that a bunch of people figure they’re not one of the insiders, so they take their ball and go home,” says investor Barry Ritholtz, a critic of prediction markets.

The danger of market manipulation came into sharp relief this week, as DraftKings and FanDuel, the billion-dollar behemoths of the daily fantasy sports market, were engulfed by reports of insider trading. A content manager for DraftKings placed second in a recent $5 million tournament on rival FanDuel, capturing a $350,000 jackpot that raised questions about possible exploitation of private information. Some employees at the firms have early access to valuable data on the composition of every single roster assembled by its users. An employee could exploit this information by selecting players—for example, a star quarterback who is being under-utilized relative to his value—that would give him the inside lane toward a victory. DraftKings rules barred employees from betting on their own site, but did not forbid betting on rival sites.

Both sports betting sites released a joint statement Tuesday to respond to the concerns. “Employees with access to this data are rigorously monitored by internal fraud control teams, and we have no evidence that anyone has misused it,” the statement said. “However, we continue to review our internal controls to ensure they are as strong as they can be.”

Operating on a much smaller scale, PredictIt doesn’t guard against insider trading, though it does bar its employees from trading on the site. Take the betting market on the next majority leader of the House of Representatives. When influential Wisconsin Rep. Paul Ryan put out a Sept. 28 press release endorsing Georgia Rep. Tom Price for the post, Price’s odds spiked from 15% to 83% in just hours. Anyone with advance knowledge of the press release could have made money. “There’s really nothing we can do,” says Brandi Travis, a PredictIt executive.

Since PredictIt launched in October 2014, its 37,000 members and counting have traded about $9.4 million in shares to date, lodging predictions on everything from whether Republicans will hold the Senate to whether the next U.N. Secretary-General will be a woman. Traders can bet up to $850 per contract, under rules issued by the U.S. Commodity Futures Trading Commission, which authorized the project as an academic experiment run under the auspices of a university in New Zealand. (The fantasy sports sites are authorized through separate legislation.) PredictIt is run out of a Capitol Hill political technology firm called Aristotle, which takes a 10% cut of traders’ profits. Aristotle has not disclosed how much it has made from running the program this year, but says it is a tiny percentage of the firm’s overall revenue.

There have been no specific allegations of insider trading at PredictIt. Outside experts say that the $850 cap on each contract blunts the threat, because the relatively modest sums in play minimize the potential gains. At these stakes, traders are “really doing it for fun and excitement,” says economist David Rothschild of Microsoft Research, who was written extensively about the merits of prediction markets. “That cap will actually help PredictIt ward off” such threats, Rothschild suggests. For those who study market theory, the input of traders with special knowledge is a feature, not a bug, because it should enhance the market’s collective wisdom and thereby sharpen its accuracy.

This isn’t the first time the U.S. has experimented with campaign casinos. Beginning in the second half of the 19th century, Wall Street traders bet openly on election futures, with odds advertised in newspapers. In 1916, the equivalent of more than $165 million in today’s dollars was wagered on the contest between Woodrow Wilson and Charles Hughes. But regulators eventually cracked down as abuses grew.

In recent years, U.S. users flocked to an Ireland-based platform called Intrade, a favorite of Wall Street investors that ultimately collapsed after it ran afoul of U.S. regulators. Intrade reported $230 million in bets on the 2012 campaign. The site underlined the promise and perspicacity of prediction markets; traders even forecasted events like the surprise capture of Saddam Hussein. But also showcased potential pitfalls. Late in the 2012 presidential election, a deep-pocketed trader began making huge bets that Mitt Romney would defeat Barack Obama, even as polls and most handicappers forecast that Obama would win re-election relatively easily. In all, the anonymous trader, who became known as the “Romney Whale,” poured an estimated $4 million into a bet that Romney would prevail. As a result, Intrade pegged the Republican’s chances of prevailing much higher than the polls. The massive sum suggested to some observers that the Romney Whale was trying to manipulate a market that voters and many pundits came to regard as a better barometer than the polls.

After watching Intrade’s collapse, PredictIt went in a different direction, opting for a smaller scale and embracing constraints that would help its chances of winning approval from U.S. regulators. It is patterned after a tiny election market that has operated since 1993 out of the University of Iowa. The new site has become a touchstone for presidential campaign staffers, who consider its handicapping more accurate than early polling. Travis says Jeb Bush’s campaign staff have told her they assuage nervous donors by pointing to Bush’s odds on PredictIt, where he currently ranks as the second likeliest Republican nominee behind Marco Rubio.

Fortune favors the trader who is quick to the draw. Daniel Kaseff, a 19-year-old George Washington University sophomore, parlayed an initial $20 deposit into more than $7,000 in part by just staying glued to a computer. Kaseff was interning in the U.S. Senate this summer when he learned that West Virginia Democrat Joe Manchin was going to oppose the Obama Administration’s Iran deal. He used that knowledge to make around $400 before the market adjusted to the news. “The way to do well on the site is not actually predicting, but being faster than other people,” Kaseff says.

Membership skews young and male, with plenty of Wall Street traders and others, like Miller, whose prediction formulas rely on quantitative modeling. Miller has also learned to separate his head from his heart. For now, he’s happy to make a few bucks off Biden’s indecision. But he’s voting for Hillary Clinton in the end.

This story has been updated to note that PredictIt employees are prohibited from trading on the site. 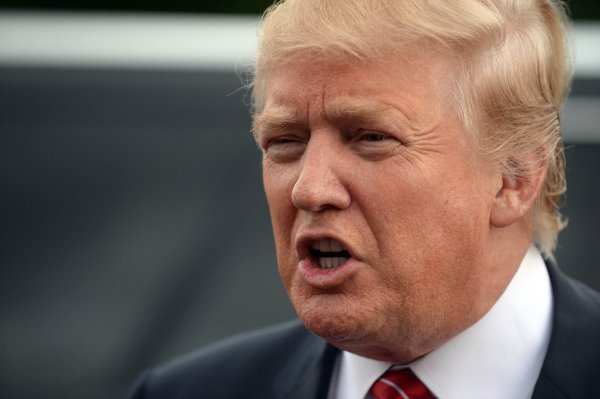 Trump Exposes Divisions in Latino Community
Next Up: Editor's Pick