This newly discovered species of rat is called Hyorhinomys stuempkei, or the hog-nosed rat
Museum Victoria
By Mark Rivett-Carnac

It seems a little unfair to call anything in this world a hog-nosed rat, even when that thing is a rat with, well, a piglike nose. Unfortunately for Hyorhinomys stuempkei, a new species of rat discovered in Indonesia, that is its name and the zoology books are sealed.

The unusual mammal has features uncommon in other rats and was discovered on Sulawesi island by researchers from Australia, Indonesia and the U.S., according to the BBC.

“Obviously its nostrils which resemble a hog’s, are very unique. But it also has a long face and larger ears for a rat of its size and lower teeth which are more in common with shrew rats,” Museum Victoria’s mammal curator Kevin Rowe told the BBC.

“It also has pubic hairs that are very long and extended, which we see in other Australian mammals,” he said.

It took Rowe, who specializes in rodent evolution, six weeks to reach the remote area of the forest where the rat was discovered. He says very little is known about the rats. But one thing is fairly certain: they’re unlikely to become stars in any cute animal videos. 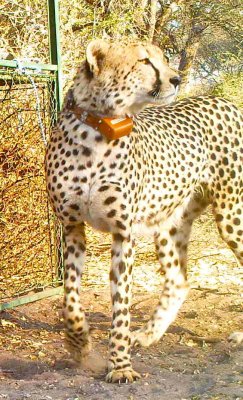 African Cheetah Killed in 'Unnecessary' Attack
Next Up: Editor's Pick