Cast member Will Smith poses at the premiere of "Focus" at the TCL Chinese theatre in Hollywood, California February 24, 2015.
Mario Anzuoni—Reuters
By Nash Jenkins

The younger generation tends to forget that Oscar-nominated actor Will Smith was in fact first a celebrated musician, whose stint in the late ’80s as the MC of hip-hop duo DJ Jazzy Jeff & the Fresh Prince earned him two Grammys and whose 2005 single “Switch” was a fixture of every middle-school dance playlist across the U.S.

Now, a decade later, Smith is returning to his roots. Last week, he released a remix of “Fiesta” by the Colombian band Bomba Estereo, which could be just the tip of this new iceberg, says the Hollywood Reporter. On Monday, in an appearance on the online radio show Beats 1, he announced that he had recorded around 30 new songs and is spending most of his days in the studio, THR adds.

For the Smith originalists, though, the most compelling news may be his remark that he may join his former partner DJ Jazzy Jeff — Smith was the Fresh Prince — for a reunion tour next year.

“I’m pretty certain I’m going on tour,” Smith told radio host Zane Lowe. “Jeff and I actually never have done a full tour. I was always on The Fresh Prince of Bel-Air, I was always either making a movie, so we’ve never actually done a full tour. So I’m looking this summer to be the first time that we go out on a full world tour.”

It has been nearly three decades since the duo released He’s the DJ, I’m the Rapper, which went triple platinum and earned them their first of two Grammys (the track “Parents Just Don’t Understand” won the inaugural award for Best Rap Performance in 1989; three years later, “Summertime,” their most successful single, earned the same accolade). Smith told Lowe that he’s “terrified” about the idea of touring, and that returning to the musical creative process has been daunting.

“But I’m, like, ‘no fear,’” he said. “Anything I’m afraid of, I’m gonna attack it. I just got back into the mind-set of being comfortable to go out there and fall on my face. If you’re not willing to fall on your face, you can’t create at a high level.” 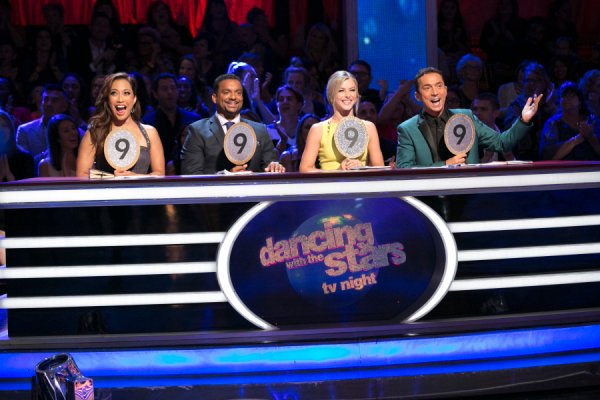 Dancing with the Stars Watch: Memorable Years Memorable Tears
Next Up: Editor's Pick