New Jersey Gov. Chris Christie is seeking to renew his pitch as an alternative to dysfunction in Washington, touting his experience leading a blue-state in contrast to congressional inaction.

In the era of Donald Trump and Ben Carson, not even the famously blunt-talking Christie is immune the appeal to voters’ desire for an “outsider” candidate. Christie is embarking on a three-day, four-town hall visit to New Hampshire this week to cast himself as a candidate from beyond the nation’s capital who can bring change to it.

The tweets and Facebook postings over the last week, Christie has encouraged supporters to “Let it all out” and “vent [their] frustrations” with Washington, calling on lawmakers to “do their job.” The reframing is a continuation of Christie’s messaging push from the second GOP debate in California last month, when Christie sought to focus the debate away from the candidates on stage an onto the people they hope to lead. At the same time, Christie is looking to contrast himself with the other “outsiders” running for office, by leaning on his record overcoming gridlock in New Jersey.

“Over the last week, we have been building a social media campaign around #dearDC and the Governor calling out D.C. and GOP Leaders for the inability to get things done for the middle class,” a Christie spokesperson said, previewing the trip. “Throughout October, the Governor is acting on that messaging with trips built around town halls in bars/diners and employee roundtables throughout New Hampshire.”

The New Hampshire trip comes as outsiders Trump, Carson, and Carly Fiorina lead in the Granite State, and as Jeb Bush and John Kasich, who have spent millions on television ads have seen their numbers fall. Christie continues to struggle in the polls in the aftermath of the Bridgegate scandal, but is betting that his New Hampshire-first approach and and new message will give him a second chance with voters as the primary approaches. 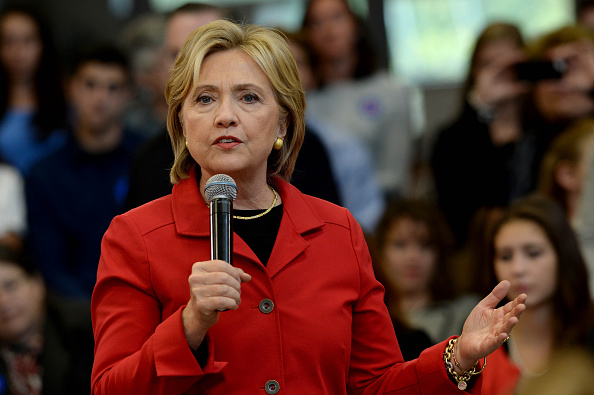 Democrats Push for Gun Control Ahead of 2016
Next Up: Editor's Pick