A Botswanan Cheetah who helped researchers understand hunting patterns was found dead on the side of the road, in what Cheetah Conservation Botswana called an “unnecessary and unprovoked attack.”

The cheetah, named Legolas after an elf in the Lord of the Rings, was found on the side of the highway with the shotgun cartridge nearby. In a Facebook post about his death, Cheetah Conservation Botswana says the location of the body “indicates that Legolas was opportunistically killed and was unlikely to be causing a direct threat to livestock.”

The conservation group says it understands that sometimes farmers have to shoot to protect their livestock, but in this case the cheetah’s death was “unprovoked” and “unnecessary.” Instead, they are treating it as a poaching case.

Legolas was one of the biggest cheetahs ever caught, according to Cheetah Conservation Botswana, and he had been fitted with a specialized collar so that researchers could investigate how he hunted with his fellow cheetahs. That research contributed to new knowledge about how cheetahs hunt collaboratively. But since the research project started last July, three of the seven cheetahs involved have been shot.

The death comes just a few weeks after the death of Cecil the Lion, who was killed by an American dentist this summer, sparking international outrage. 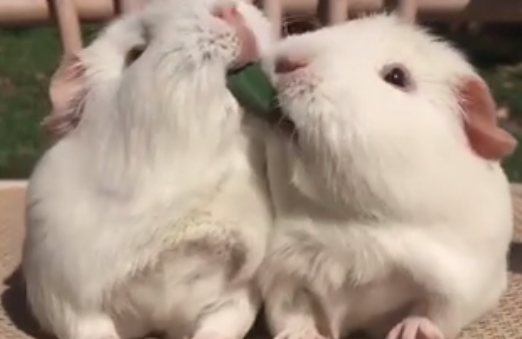 Watch an Adorable Tug of War Between 2 Guinea Pigs
Next Up: Editor's Pick