Maurizio Avola in the 1990s.
AP
By Lorenzo Tondo / Palermo

Maurizio Avola joined the Sicilian mafia in 1983 after carrying out his first murder on its behalf. Over the next 11 years he killed a further 79 people before being arrested and informing on his former associates in 1994.

Avola decided to break the mafia’s code of silence when his former associates planned to kill him and he realised it was the police that was keeping him alive. He is currently serving a life sentence for 43 murders and 40 armed robberies in a special prison for mafia informers in northern Italy—but will be freed in five years because of the extent of his co-operation with the authorities. His wife, son and daughter have been given new identities and Avola hopes to join them to lead a life far from his life of murder and robbery and far from his former associates who would kill him and his family if they find them. Avola’s lawyer, Ugo Colonna, says his clent’s cooperation with the police resulted in more than 100 convictions.

In his first interview with international media, Avola, 54, tells TIME via messages carried by his lawyer what drove him to become a killer and to later inform on the mafia.

How did you get involved in the mafia?
At a young age, I was working at my father’s restaurant in Catania. I knew from the start that kind of work wasn’t for me. Every evening I’d think about money and power while polishing glasses. I wanted to become someone but I couldn’t be bothered to study.

I did a few armed robberies and at the age of 21 I got the attention of Marcello D’Agata, a mafioso who lived 100 meters away from my home. He knew that I was good with a gun, that I was fast and agile. So, he said he could help me. And few weeks later he told me I needed to do something for the family. I started doing robberies for the mafia.

One day I noticed that D’Agata was on edge. He told me that I should be happy that the “Family” of Benedetto Santapaola in Catania had decided that I was worthy of taking the next big step. If I killed a man, I would become a full member of the organisation. The victim was to be Andrea Finocchiaro, a lawyer, who had been judged to have spoken badly about the boss, Benedetto Santapaola.

Finocchiaro said that our boss was too close to some politicians and we wanted to send a warning to those who wanted to stand up to the mafia. If the mafia commits a murder, it’s almost always to send a message beyond the immediate circle of the victim.

It was around 10 am. We’d arrived at the meeting place at a bar in downtown Catania, where mafioso went to play cards and plan murders. I ordered a coffee and some juice. The murder was to take place near his home and there were to be no witnesses.

Unfortunately, Finocchiaro came out of the front door with some children, probably his own. He was taking them to school. I decided not to fire. The next evening, me and the escape driver waited outside the law firm where Finocchiaro worked. Finocchiaro got into his white Fiat 500 and I cut him off and ordered him to get out of the car. I fired two shots. I was tense but I hit him in the side and arm. He fell to his knees and begged me not to kill him. I hesitated. My second gun fell from my trouser pocket onto the ground. In a split second I closed my eyes and pulled the trigger three times.

I just stood there and stared at him for a few seconds. Then, gun in hand, I approached the motorbike, almost staggering. I felt as though I was drunk, but I hadn’t touched a drop.

That night we went to a bar to celebrate. I pretended to smile. Then I went to the toilets and vomited my guts out. A mafia friend of mine told me that a killer’s conscience is a dark beast but that I had to learn to keep it under control.

What was your life like as a member of the mafia?

After the murder I became a member in 1983. My godfather was Aldo Ercolano, a nephew of Benedetto Santapaola. The initiation ritual took place in a farmhouse in the countryside.

During the ceremony my finger was pricked with a needle in the presence of my godfather. Drops of my blood were burnt over the image of a saint while I took the oath. I was struck by the formal declaration of the rules; never introduce yourself as a member of the mafia to another associate, never desire the woman of another member, never kill another member unless authorised to do so by the head of the family, never use prostitutes and never speak to the police. I soon learnt other rules. We weren’t allowed to have relatives in the police or have any contact with them. If someone crossed us, justice was to be meted out by the mafia. And we had to keep our mouth shut. We were never to discuss details of a murder with other members, we could only talk to the boss who commissioned it. We had to serve our mafia family, always, even if your wife was about to give birth. And we were to keep emotions and personal issues out of work.

I was one of the Sicilian mafia’s youngest members, despite coming from a family who had nothing to do with it. I was one of its most trusted killers and I was paid very well. I’ve owned fine sports cars and bought two large houses. We could get our hands on cars which hadn’t even been released for sale on the Italian market. We’d never have to wait for months when buying a house, you could move in the day after agreeing on the price. If we needed medical care, we didn’t wait or queue. The most tangible advantage was respect: I never queued at bars, clubs or shops, and at restaurants I’d never have to pay, unless I wanted to. We were protected by the “Family” who paid witnesses not to speak and journalists not to write.

Was there any negative aspects to being a mafioso?

Often, especially during mafia wars, I’d leave the house and say goodbye to my children as though it were the last time. I didn’t even know if I’d be back for lunch. But the fear of being killed or the chance that I’d end up in prison was overpowered by my sense of loyalty and trust towards my boss. This gave me strength to overcome all types of fear.

I was a soldier. My general sent me to kill people. I had to do it, refusal was out of the question. Mafioso execute orders given from above, just like soldiers at war. But the memory of my victims consumes my mind. I’ve killed people with whom I shared meals with and men who trusted me. And while their bodies were burning in a ditch, I was out enjoying myself.

I’ll give you an example. Pinuccio di Leo. He was one of my best friends. They ordered me to end his life. He knew too much and he was suspected of having betrayed the Family. I was forced to shoot him. I still have nightmares about it every night, as well as about the other men I’ve killed. They haunt me at night.

How did you end up an informer?

I was arrested on the night of the 26th February 1993, the day after I killed Pinuccio Di Leo. The police were tipped off by an anonymous caller who told them that I was the killer and where I could be found. When the police came to my house to arrest me I was almost relieved. Just a few minutes earlier I had noticed a car parked in front of my house. It was a Peugeot 205 and inside it, I saw couple of men. I didn’t recognize them, but they were waving a gun. In that moment I realized that I would suffer the same faith as Pinuccio Di Leo. The police saved my life. That’s why, one year later, in 1994, I decided to become an informer.

I realised that my boss had betrayed me. It was a time when attempts were being made to rejuvenate the ranks of mafioso. In 1992, the mafia carried out many assasinations including that of Judge Giovanni Falcone. There was a lot of pressure on everyone and many mafioso started to talk. The bosses were determined that the men who held their secrets like me, would be better off dead.

Avola may be haunted by the men he killed at night but during the day he plays cards with his fellow informers, watches TV and reads car magazines. The day of his release is slowly approaching and he can begin to envisage a normal life with his family, unlike many of the relatives of his victims. 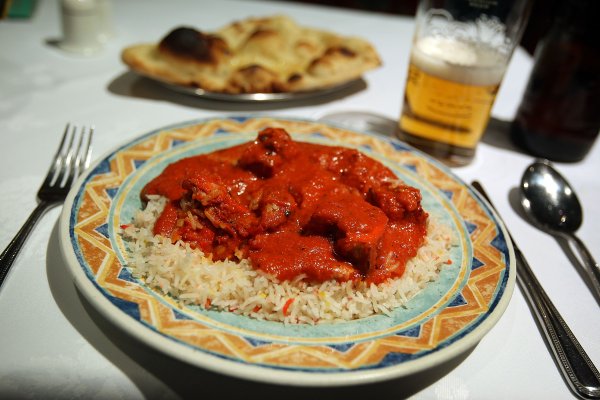