While the medical examiner still doesn’t know what led to the mysterious death of 13-year-old YouTube star Caleb Logan Bratayley, police say they do not suspect foul play.

On Thursday, the Anne Arundel County Police Department responded to a medical emergency at the family’s Maryland residence.

Along with the fire department, they arrived at the scene and “nothing appeared to be criminal, nothing was suspicious and there was no foul play,” Director of Media Relations Ryan Frashure tells PEOPLE.

Bratayley was then transferred to a local hospital where he was pronounced deceased.

The exact cause and manner of death of the YouTube star is currently being investigated, Bruce Goldfarb, the public information officer of the state medical examiner’s office in Baltimore, tells PEOPLE.

On Friday, Caleb’s mother Katie wrote in an Instagram post that her son passed away from natural causes.

“[Thursday] at 7:08PM Caleb Logan Bratayley passed away of natural causes,” she wrote in the touching post that has received almost 200,000 likes. “This has come as a shock to all of us. Words cannot describe how much we will miss him.”

The energetic and charismatic teenager was a member of the popular YouTube family, the Bratayleys, who have amassed over 1 billion views on YouTube alone.

On the day before he died, a video was uploaded of Caleb talking about what he would ask his “future self.”

After a long pause, Caleb jokingly asks, “Is Taco Bell still around?” He later said he would ask if there were “any new sports” in the future.

On Sunday, the family shared a montage video of Caleb’s best moments from over their five years of vlogging.

“In addition to our desire to give the Internet community the chance to begin the grieving process, we also wanted to post this video to show a healthy and happy Caleb doing what he loved,” read the caption to the video. “Thank you for all the love and support that everyone has shown our family. And we ask for continued love and support as we move through the grieving process.”

The Bratayleys have asked for privacy while they grieve and have not gone into specifics about Caleb’s death. 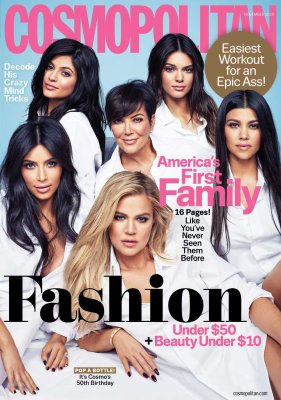 People Are Freaking Out That The Kardashians Were Called 'America's First Family'
Next Up: Editor's Pick