Being a Woman in STEM Is Stressful

It has been over 10 years since I was a first-year engineering undergraduate student; but when I remember the time a fellow female student made this comment, I can still feel a visceral, bodily reaction: my muscles tense, my heart rate increases, my breath quickens.

Comments like these on the surface appear as compliments. But when unpacked, they reveal subversive attitudes about women in STEM (science, technology, engineering and math).

As I think back to this encounter, there are two aspects that stay with me. First was the surprised, skeptical tone of the other student’s voice that conveyed it was surprising and unusual (or, to put it more crudely, freakish) that I was in engineering. Second was the attitude that since I was in engineering, this could be explained only if there was something exceptional or outstanding (or, once again, freakish) about me. Women remain an underrepresented group in STEM. In Canada, women account for 23% of engineering graduates and 30% of mathematics and computer graduates. In the United States, women are 12% of the engineering and 26% of the computing workforce.

The reality is that STEM professions are most commonly male and it remains surprising when these professional roles are held by women. The large gender imbalance means that women may naturally feel they’re outsiders at school and at work. This situation is often uncomfortable and mentally demanding, when even just showing up and doing your job comes with constant social stresses and anxiety. Ironically, the difficulties that they (we) encounter often dissuade the next generation of women from joining us. It’s a self-reinforcing cycle that we need to break.

Because of their underrepresentation, women in STEM often regularly question their place in these professions. When things feel uncomfortable – like when I was confronted with that comment a decade ago – our brains can overinterpret the situation as an imminent threat. And there’s an evolutionary reason for that physical response.

Stress is an adaptive response to perceived threats. It’s how the body reacts to these situations. Anxiety is stress that lingers after the immediate threat is gone; it’s experienced as a feeling such as embarrassment, fear or worry.

This stress response evolved in human beings to help us navigate a wild, dangerous and unpredictable world. When faced with imminent danger, like a pouncing tiger, our bodies have evolved an automatic reaction to help us react fast. Stress hormones are released, the heart beats harder and faster, breathing becomes rapid and muscles tense, ready for action.

This automatic response prepares our bodies for possible actions: fight or flight! From the perspective of evolutionary adaptation, it’s in our best interests NOT to distinguish between life-threatening and non-life-threatening dangers. Act first, think later. In the African wilds in which early humans roamed, the consequence of underreacting could mean death.

In modern life, we don’t have to worry much about attacks from lions, tigers or bears. But adaptive mechanisms are still very much a part of our brain’s biology.

The flight-or-flight response is intended to be short-term. The problem comes in when stress becomes a daily part of life, triggering a physiological response that’s actually detrimental to health over the long term. Repeated and long-term releases of the stress hormone cortisol cause changes in brain structure that leave individuals more susceptible to anxiety and mood disorders, including depression. When exposed to long-term stress, the brain structure called the hippocampus shrinks, affecting one’s short-term memory and ability to learn.

Messages you don’t belong can be stressful

These physical stress responses can unfortunately run at a constant low level of activation in people who are made to feel like they don’t belong or aren’t good enough – such as women in STEM. Social situations like my undergraduate encounter – and their ramifications – are a part of day-to-day life.

Sadly, the percentages of women working in these fields have remained stagnant for decades. In 1987, women represented 20% of the STEM workforce in Canada. In 2015, their numbers remain unchanged at 22%. In the United States, the reality is very similar, with women representing 24% of the workforce. Confrontational reactions like “You’re in engineering!?!” communicate the message that as a woman, one may not belong in the social group of engineering. The brain perceives these kinds of social interactions as threatening, dangerous and stressful.

The social cues that women may not belong in male-dominated STEM fields can often be subtle. For example, researchers have shown that the presence in labs of objects considered stereotypical of computer science, such as Star Trek and video game posters, are perceived as stereotypically masculine and can dissuade women from expressing interest in topics like computer programming.

Moreover, seemingly complimentary “Wow, you must be super-smart!” comments also communicate an even more troubling possibility that, in order to belong in this group (of men), as a woman, one must be exceptional. Women + Engineering = Super Smart.

But what if a female student is not exceptionally intelligent? What if she is only ordinarily smart? Or, even more troubling, what if she does not believe that she is smart at all? In her mind, she becomes a sheep in wolf’s clothing, an impostor who has tricked those around her into accepting her into a group where she does not belong. From the brain’s perspective, this is literally interpreted as being in the lion’s den.

STEM should welcome everyone

So what can be done? If we are to increase the participation of women in STEM fields, we must make workplace and educational environments inclusive. In order to thrive, female students need to believe that they belong in technical professions, in both academia and the private sector.

The social marginalization caused by gender imbalances in STEM programs can be mitigated. Targeted intervention programs that foster social belonging and coping mechanisms to deal with stress and threat can help women develop skills to handle the mental challenges caused by gender inequality and help women integrate into their male-dominated environment.

Connecting female students with female professional role models such as mentors or instructors has also been extremely effective at improving women’s self-concept and commitment to STEM.

Finally, campaigns like the #Ilooklikeanengineer hashtag disrupt our common stereotyping of STEM professionals and help support a cultural shift.

The rates of female representation in STEM will not change overnight. It will probably be at least another generation before parity becomes an achievable target. But it’s through changing these attitudes and stereotypes that we will reduce some of the social stresses on women in these fields, helping women choose STEM as a career path, stay in these fields, and most importantly, remain healthy and happy. 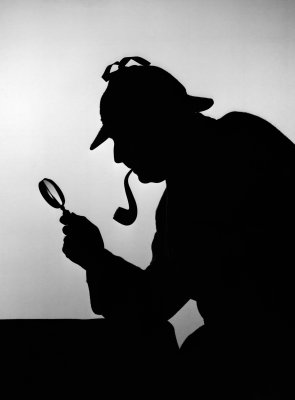 Sherlock Holmes Was an Economist in Disguise
Next Up: Editor's Pick