How Cricket's Biggest Star Is Bringing the Sport to America

Sachin Tendulkar waves from a car on Oct. 8, 2014 in Hindon near New Delhi, India.
Altaf Qadri—AP
By Sean Gregory

In America, the name Sachin Tendulkar may not ring a bell. But across much of the world, he’s simply “the God of Cricket.”

In his native India and beyond Tendulkar is the Michael Jordan, the Pele, the Wayne Gretzky of his sport, which just happens to be widely considered the second most popular in the globe. Since the 42-year-old retired from competitive cricket in 2013, he’s been on a mission to further expand the game’s imprint around the world. His next target: the United States.

Tendulkar and Warne, who also retired from the game in 2013, will each captain a team consisting of some of the best international players of the past 35 years, in three matches scheduled to be played in U.S. baseball stadiums: New York’s Citi Field on Nov. 7, Houston’s Minute Maid Park on Nov. 11, and Dodger Stadium in Los Angeles on Nov. 14.

These exhibitions will feature the “Twenty20” version of the sport: cricket matches that finish in a matter of hours, rather than days. Pakistan’s Wasim Akram, South Africa’s Shaun Pollock, Brian Lara of Trinidad and Tobago and Mahela Jayawardene of Sri Lanka are among the other all-time greats slated to join the cricket barnstorming tour. Besides hoping to fill up ballparks, the players plan to conduct clinics in each stop to teach Americans about cricket.

“You’ll only learn things if you give them a try,” Tendulkar tells TIME. “Americans are used to watching baseball, and it’s very similar to that. If Americans can start coming to the stadium, I wouldn’t be surprised to see them following cricket from here on.”

The U.S. has pockets of cricket passion in places like New York and Washington, D.C., particularly among immigrants from the West Indies and South Asia. Estimates have put America’s cricket fan base at 15 million. “People are starving for a big cricket event like this,” says Ben Sturner, CEO of Leverage Agency, which is producing the tour. State Farm is one of the sponsors; the company hopes to reach the U.S. South Asian audience, which has grown 81% between 2000 and 2010 according to the Asian American Federation. “We’ve found cricket as a way to help us stand out,” says Ed Gold, State Farm’s advertising director.

For cricket, the larger goal is to win new fans. In recent years, the traveling all-star strategy has been effective for soccer, another sport that had trouble gaining a U.S. foothold: several top soccer clubs from Europe, like Manchester United and Barcelona, have played in the U.S., and the sport’s popularity has grown. “America will be curious to see what it’s like to experience the game of cricket,” says Warne. “What’s all the fuss about? Why is it the second most popular game in the world? What’s so special about this game?”

The tour’s impact, Tendulkar says, will be measured by how many it inspires. “I’m not just looking forward to this trip but to my next trip,” he says. “I would like to see how many more people have picked up a cricket bat alongside a baseball bat. Because that means we left an impression behind. That’s something I want to do.” 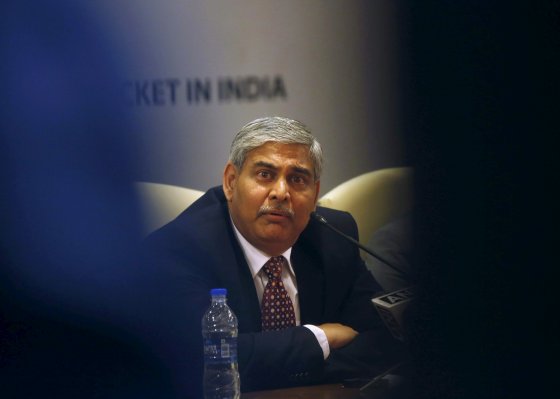