Total Wine & More, a rapidly expanding megastore chain with cheap prices, huge selection, and a reputation as “Toys R Us for adults,” understandably has mom-and-pop liquor shop owners feeling like they could use a drink.

Total Wine & More is on quite a run. The concept was born in 1991, when brothers David and Robert Trone opened two stores in Delaware. A year ago, when David Trone was proudly discussing the way customers sometimes refer to Total Wine as “Toys R Us for adults,” there were around 85 stores, most in the neighborhood of 20,000 to 25,000 square feet, each featuring some 8,000 wines, 3,000 spirits, and 2,500 choices of beer. The latest total is 102 superstore locations in 16 states. And counting: There were two grand openings this month in Washington, bringing the state total to nine, closer and closer to the company’s previously stated ambitions to have as many as 13 Total Wine superstores in Washington. Among other new locations, a second Total Wine store is expected to open in Tempe, Ariz., later this year, at the outdoor mall known as Tempe Marketplace.

The Phoenix Business Journal noted that the arrival of Total Wine at the mall could spell trouble for BevMo!, another alcoholic beverage retail chain with roughly 150 locations in the western U.S., including one at the Tempe Marketplace.

Mom-and-pop liquor stores in places such as Norwalk, Conn., and coastal South Carolina have even more to fear from the arrival of Total Wine, which is renowned for huge selection and cheap prices—a killer combination that small businesses find difficult, if not impossible, to compete with. The Trones are known for being content with tiny, Amazon.com-like profit margins on sales; if a case of Budweiser cost $9.75 at wholesale, they might charge customers $9.99, compared to $13 at a typical store.

In at least one case, in Minnesota, the mom-and-pop faction is fighting back, and thus far has stopped a planned Total Wine store from opening. After a lobbying effort by the Minnesota Licensed Beverage Association, which represents liquor license holders in the state, the Bloomington City Council decided that more studies were needed before a Total Wine, once scheduled to open last November, could operate in the city.

“This is the biggest hurdle we’ve had in all 15 states,” Robert Trone said of the confrontation in Minnesota, which became the company’s 16th state recently when a Total Wine opened in Roseville, according to Watchdog.org. “We’ve certainly come across groups before that tried to stop competition, but never as organized and fierce as this group. Their sole stated objective is to stop competition.”

The Trones told the Minneapolis StarTribune that liquor store margins in Minnesota tend to be far higher than in other states—upwards of 50%, compared to a 25% to 35% markup elsewhere. Total Wine’s margins, meanwhile, range from 6% to 25%, the Trones say.

In a recent interview with the Minneapolis/St. Paul Business Journal, David Trone spoke with near disgust regarding the “monopolistic” liquor store competition in the state, and also dissed the filthy physical condition of their stores. “They’re buddies and they all charge the same high prices, they meet at the same clubs and they all make lots of money,” Trone said. “They’ve chosen to compete by trying to stop our entry into the market by using government as a foil to stop competition, which enables them to keep their high prices and maintain, in many cases, their dirty stores.” 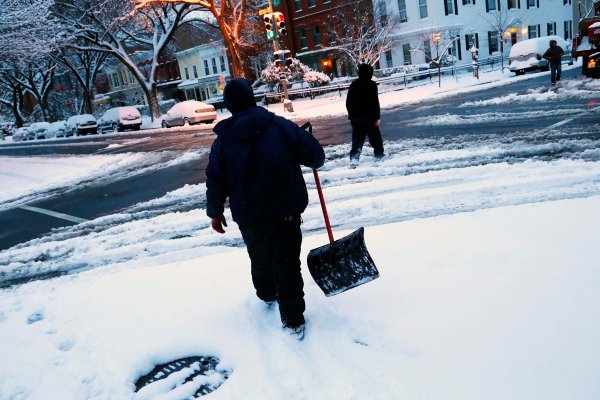 Spring Is Here! Too Bad You’re Still Paying for Winter
Next Up: Editor's Pick