A pilot on an American Airlines flight traveling from Phoenix to Boston died in the air Monday, the company said.

“We are incredibly saddened by this event,” a spokesperson told WCVB5. The red-eye flight was re-routed to Syracuse after the death. A new flight crew was sent to Syracuse to take over the flight and oversee the plane’s arrival in Boston.

“Syracuse, American 550, medical emergency, captain is incapacitated, request handling for runway,” the co-pilot said, according to a transcript of the radio transmission.

The flight carried 147 passengers and a crew of five people. 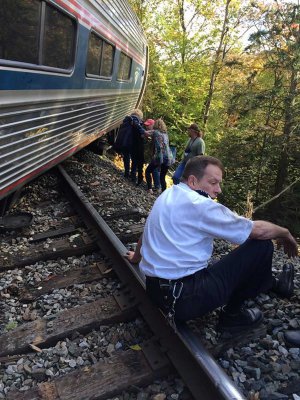 Amtrak Passenger Train Derails in Vermont
Next Up: Editor's Pick