President Obama thinks investigations by the Pentagon, NATO and Afghan security forces will provide answers on why an Afghan hospital was bombarded Saturday, but he does not think an independent investigation is necessary, the White House said Monday.

At the daily press briefing Monday, White House spokesman Josh Earnest said that Obama is confident that the three investigations will provide a “full accounting” of how a facility staffed by Doctors Without Borders was bombed.

“The scale of this tragedy is significant enough that it demands a full investigation,” he said.

The Kunduz hospital was struck Saturday, killing 12 staffers and at least 10 patients, including three children, according to a statement from Doctors Without Borders. Gen. John F. Campbell said Monday that Afghan forces called for U.S. airstrikes after reporting they were taking fire from the area.

According to Earnest, Brigadier General Richard Kim is leading the Pentagon investigation, which is underway, while NATO plans its own investigation. U.S. military personnel will cary out a third investigation in concert with Afghan security forces.

Pressed again by a reporter on the need for an independent investigation, Earnest repeated that the White House has “confidence” that the current investigations will provide “full accounting.”

Doctors Without Borders, also known as Médecins Sans Frontières, has called the bombing a “war crime,” a label that Earnest said he “wouldn’t use” due to the investigations still being underway.

“There is no country in the world that goes to greater lengths and places a higher premium on avoiding civilian casualties than the United States Department of Defense,” he said.

Read Next: Doctors Without Borders Denies Taliban Fired From Hospital Hit by Airstrike 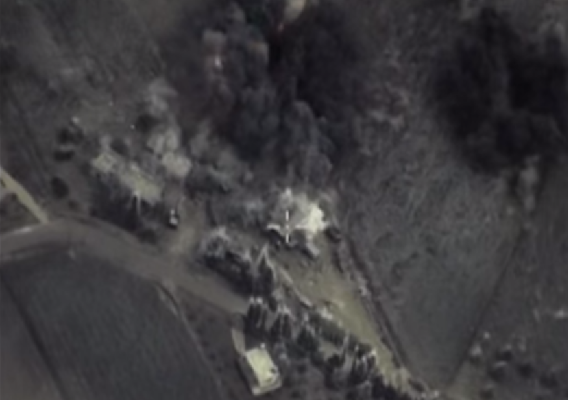 Russia’s Unguided Weapons in Syria Could Backfire
Next Up: Editor's Pick