Tyler Bahnmuller, Will Brennan and Matt Talley take a canoe to investigate following flooding in the area in Columbia, S.C., on Oct. 5, 2015.
Sean Rayford—Getty Images
By Justin Worland

At least nine people have died in flooding across South Carolina that has left city streets submerged in water, destroyed homes and closed more than 100 bridges. Nikki Haley, the state’s governor, described the disaster as one of such an epic scale that science suggests it would only occur once every 1,000 years.

A flooding disaster of this scale was unlikely to be sure, scientists say, but climate change has transformed once-in-a-lifetime events into periodic occurrences. The flooding may have been hard to predict, but it should no longer come as a surprise.

“The convergence of these statistically more likely events with what are very clearly climate related changes in sea level is a cautionary perspective into the future,” said Dana Beach, executive director of the state’s Coastal Conservation League. “It’s one that we really have to pay a lot of attention to and not just write it off as something that isn’t going to happen again.”

In South Carolina, a number of factors related to climate change, including sea level rise, high temperatures and an unexpected hurricane, increased the likelihood that the state might experience widespread flooding. On top of that, an influx in hurricane related rainfall and an already inundated water system combined to create a disaster.

Melting ice on the polar ice caps and on glaciers due to global warming has caused sea levels to rise around the world. The effect varies depending on location, but South Carolina is far from removed from the problem. Water levels have already risen by a foot in Charleston over the past century and conservative estimates suggest that sea levels off the coast of Charleston will rise by at least another 2 feet by 2100, according to the National Oceanic and Atmospheric Administration (NOAA). Water levels could increase much more dramatically without action to reduce global warming.

A foot or two of higher sea levels may not sound like a lot, but at high tide or during a windy storm a higher sea level makes it easier for water to be pushed ashore, a phenomenon called storm surge. Both high tides and windy storms related to Hurricane Joaquin were at play in recent days, according to Union of Concerned Scientists senior climate scientist Brenda Ekwurzel.

Climate change also has the potential to increase the frequency of hurricanes, said Ekwurzel. Warming temperatures increases the level of water vapor in the atmosphere, which makes it easier for hurricanes to form despite El Niño, which typically lowers the chance of an Atlantic hurricane.

Combine all these factors with a water system that had already been overrun with water from other storms in recent weeks and South Carolina faced a perfect storm. Beach describes the deadly flooding as “something we’ve never seen before,” but nonetheless says it illustrates the urgency of tackling climate change in his state. “We just cannot afford to get bogged down in someone’s ideological perspective of the world,” he said. “There’s really not that much dispute in the need to act.”

Of course, the Palmetto state is far from the only place to face flooding in recent years. Time after time, from Hurricane Katrina in 2005 to flooding in Texas earlier this year, politicians and policymakers have expressed surprised at devastating floods. But climate scientists say that no matter how humans address and adapt to climate change, flooding will be a fact of life and policymakers need to start preparing.

“We expect everywhere that flooding rains will increase,” NOAA official Ken Kunkel said earlier this year. “You can build it now for today’s climate, but you may not be quite in tune to what the climate will be in 50 years.” 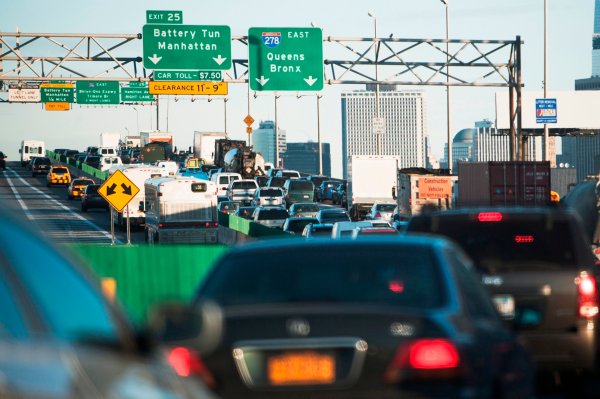 Why Cities Are Essential in the Fight Against Climate Change
Next Up: Editor's Pick