The United States reached an historic trade agreement with 11 Pacific Rim nations on Monday, setting global commerce and worker standards that would bind together 40% of the world’s economy including Japan, Chile and Vietnam.

The so-called Trans-Pacific Partnership, a product of nearly eight years of negotiations, will set a key precedent for global trade and could be a major achievement for President Obama—depending on its fate in Congress. The deal would phase out thousands of import tariffs and increase the flow of goods around the Pacific, establish rules on corporations’ intellectual property, open the Internet, and crack down on wildlife trafficking and environmental abuses. It would also seek to stem the influence of China, which is not a party to the deal.

The deal faces a contentious congressional vote against the backdrop of the 2016 presidential race, with candidates likely to stake out firm positions. Vermont Democratic Sen. Bernie Sanders and Republican candidate Donald Trump both lambasted the deal before it was announced, and labor unions and environmentalists are gearing up to fight it. 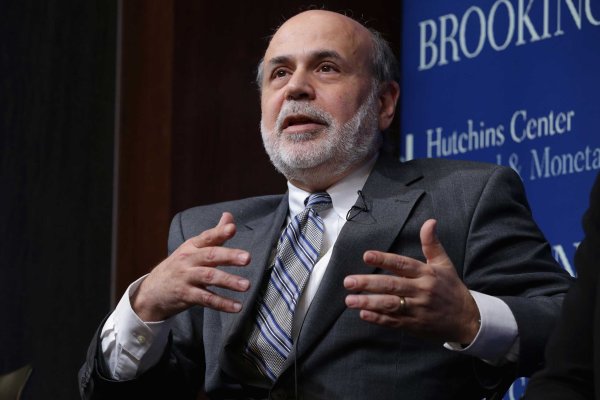 Former Fed Chair Says More Bankers Should Have Gone to Jail
Next Up: Editor's Pick