Ian Mercer, father of shooting suspect in Oregon talks to the media outside his home on Jovan St. in Tarzana, Calif. on Oct 1, 2015.
Mel Melcon—LA Times/Getty Images
By Alexandra Sifferlin

The family of Oregon community college shooter Christopher Sean Harper-Mercer released a statement Saturday, saying they are “shocked and deeply saddened by the horrific events,” which resulted in 10 deaths, including that of their son.

“Our thoughts, our hearts and our prayers go out to all of the families of those who died and were injured,” the statement read, according to multiple news outlets.

Authorities say police officers arrived on the scene six minutes after receiving the first 911 call about the shooting, the Associated Press reports, and officers exchanged gunfire with the shooter two minutes later. Douglas County Sheriff John Hanlin said Saturday that the medical examiner’s office also determined that Mercer killed himself, according to the AP.

Mercer, who killed nine people at Umpqua Community College also left a “manifesto” for authorities, but the AP says officials did not reveal what was in it.

The police have yet to release a possible motive for the killings. 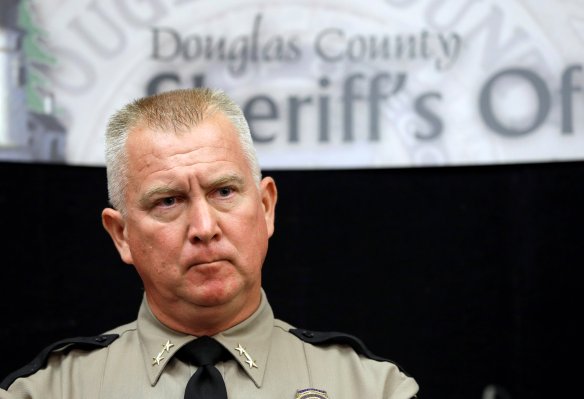