Fame didn’t used to be a job description.

But with the rise of reality TV stars, the Kardashians and America’s growing obsession with celebrity for its own sake, now it is.

Kids tell us something important about the culture they live in when someone asks, “What do you want to be when you grow up?” and they answer, “famous.”

But even kids who might not give that answer are dealing with celebrity on social media. Kids follow stars, sometimes obsessively, online. They also have the chance to craft a social media presence for themselves. And potentially, to share it with the world.

All this might fill a parent with foreboding. But it can actually be a good thing, says Dr. Deborah Gilboa, parenting and youth development speaker, and author of Get the Behavior You Want… Without Being The Parent You Hate! “Celebrities are accessible in a way that they were not,” she says. “That gives kids the ability to see celebrities as people,” just like them. We want our kids “to believe that they can excel in whatever they put effort to,” Gilboa says. “And the personalization of celebrity makes that seem more attainable.”

Online exposure does come with risks, from bullying to unwise vulnerability. But for the time being, at least, it seems to be here to stay.

So how can parents start good conversations with kids about celebrity?

Elementary age kids, Gilboa says, are perfectly able to understand the difference between fame, which moves you up in people’s estimation, and infamy, which drags you down. “Every two year old knows that it’s easier to get negative attention than positive attention,” Gilboa points out. And school-age kids know that being talked about is not the same as being admired. Gilboa suggests starting conversations about the difference between fame and infamy with questions like: “Do you think that person’s action contributed to their fame or their infamy? What would you like people to admire about you?”

Middle school kids have begun to see through the ways celebrities control their image – even on their friends’ social media. So at this age, Gilboa says, parents can start having conversations about authenticity, with questions like, “Do you think that post was authentic or fake? If something bad happened to this person, do you think they would post that?”

High school kids, Gilboa says, can be encouraged to “claim [their] space in a way that makes you feel excellent about what you post online.” Since kids are going to be online, parents can help them “think proactively about the best parts of you, what you’re passionate about, excellent at, care for.” She also encourages kids to behave like their own publicists, by saying “what you mean – don’t say things by accident.” Parents can encourage kids to be more thoughtful about what they put online, Gilboa says, simply by asking them questions about their intent. Try trading “What were you thinking?” for “Will you tell me about your intention?” which may lead to a less combative and more productive conversation. 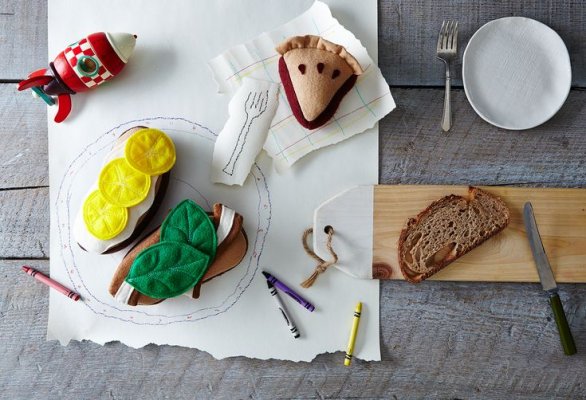 How and When to Get Your Kids Cooking
Next Up: Editor's Pick