The victims were chemistry students and animal shelter volunteers, proud Christians and college instructors, future farmers and amateur dancers. In statements delivered by law enforcement, relatives of several of the nine victims of the Umpqua Community College shooting described the loved ones who died when the shooter, identified by multiple media outlets as Chris Harper Mercer, opened fire on Thursday.

“Yesterday was his fourth day of college,” the family of 18-year old Quinn Cooper said in a statement. “Our lives are shattered beyond repair.”

Lucas Eibel’s family said in a statement that the 18-year old volunteered at a wildlife shelter and an animal shelter, and was planning to study chemistry. They said it would “take 18 years” to adequately describe their son.

Jason Johnson’s family also released statement, saying the recently-enrolled student was “proud of himself for enrolling in school, and so was his mother.” They also said he was “proud to be a Christian.”

The families’ words came at the conclusion of a day in which investigators started to piece together the details of what had happened Thursday at the community college in the small Oregon town of Rosewood. Authorities said Friday that the shooter brought five pistols, a rifle and five additional magazines to campus, and had an arsenal of four rifles, two pistols, and a shotgun at home, all purchased legally. Although multiple media outlets have identified the shooter as Chris Harper Mercer, Douglas County Sheriff John Hanlin refused to speak his name, saying publicizing his identity would “only glorify his horrific actions,” and possibly “inspire future shooters.”

Neighbors and investigators told the New York Times that Mercer seemed reclusive and anxious, wore the same outfit every day, and was very close to his fiercely protective mother. His online presence indicated an interest in the Irish Republican Army, a fascination with violence, and an aversion to organized religion. At least one injured survivor has said that Mercer asked victims if they were Christian before shooting them.

Umpqua Community College will be closed next week, as school officials urge the community to focus on healing and law enforcement pleaded for privacy for the victims’ families. Officials detailed extensive mental health options should anyone in the town’s close-knit community need counseling following the tragedy. Among the dead were relatives of first responders, including a son of a firefighter and a niece of a paramedic, NBC news reports, although it is not clear if the relatives were responding to the shooting.

President Obama expressed dismay Thursday that yet another mass shooting had occurred without a significant policy discussion about gun control. “Somehow this has become routine,” he said in an emotional speech Thursday evening. “The reporting is routine. My response here at this podium ends up being routine. The conversation in the aftermath of it. We’ve become numb to this.”

To the families of the victims, of course, nothing is routine. “We are shocked this has happened,” Quinn Cooper’s family said. “No-one should ever feel the pain we are feeling.” 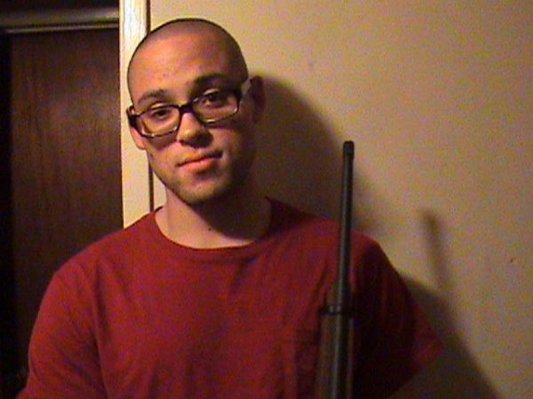 What We Know So Far About the Oregon Shooter
Next Up: Editor's Pick