Children’s books have never been just about sunshine and ice cream cones—just check out any Brothers Grimm tale. But three prominent new books for middle-grade readers about real-world personal problems may hit especially close to home.

In Crenshaw, by Newbery Medal-winner Katherine Applegate (creator of the Animorphs series), a boy named Jackson is stressed about his parents’ financial problems. They owe back rent on their apartment, and unless something changes, they’ll be evicted — a situation he dreads, since they already lived out of their van a few years before. His imaginary friend (a cat named Crenshaw, who Jackson invented when they were homeless the first time) reappears to help him deal with the situation.

Ali Benjamin’s The Thing About Jellyfish, which has just been named as a finalist for a National Book Award, is about Suzy, who has just lost her best friend in an inexplicable drowning accident. Baffled by the incident because her friend was such a strong swimmer, Suzy decides the cause must have been a fatal Irukandji jellyfish sting, and she becomes obsessed with learning all she can about the species. As she withdraws into herself and stops speaking to her parents, peers and teachers, she throws herself into research.

The Nest, by Kenneth Oppel with illustrations by Caldecott Medalist Jon Klassen (author of I Want My Hat Back), is in many ways the scariest of the bunch. When Steve’s parents bring his new baby brother home from the hospital, it’s clear to Steve that something is not right: the baby has multiple congenital problems that Steve doesn’t understand, and needs to make frequent trips back to the hospital. A queen wasp appears to Steve in dreams, promising to fix the problems—but when he realizes she’s planning to replace the “flawed” baby with a perfect one, being built by her worker drones, he panics and tries to find a way to save his real baby brother.

Homelessness, death, a very sick sibling—these are tough things for kids to handle. But they do encounter these problems in the real world, and according to experts, reading fictional stories on the subjects can help them cope.

“There’s a long history of what’s called ‘bibliotherapy'” — using books to deal with personal issues — says Dr. Robert Brooks, a clinical psychologist on the faculty of Harvard Medical School. When a child is grappling with a serious personal problem, he says, “books are often seen as a safer avenue through which to bring up different themes or topics than directly talking to a child.”

Broaching difficult subjects with kids is something psychologists have been thinking about more since 9/11, says Dr. Deborah Best, a professor of psychology at Wake Forest University, and she’s happy to see more children’s books taking on the challenge. Kids have to learn how to deal with problems, she says, and “these books are a great first step into trying to incorporate that into some of the fun things that kids do, like sitting down and reading.”

The key, says Brooks, is to show kids a positive way of looking at such things. The best stories to help kids cope are ones that depict resilience: ones in which “pessimism or despair is turned to hope and optimism because the child finds that there can be ways of solving problems,” he believes. That doesn’t mean ignoring the fact that some problems are, technically, unsolvable: a dead friend cannot be brought back to life, for instance, as Suzy knows in The Thing About Jellyfish. But “a major part of resilience is that you start focusing on things you have control over,” he says, “So this girl didn’t have control of her friend dying, but what she can have control over is learning more about jellyfish if she thinks that’s the cause.”

The animal roles—a cat, a sea creature, an insect—in this coping process makes sense for children. For one thing, “kids are often intrigued by animals,” says Brooks, and though they can be anthropomorphized, they’re not exactly human. “They are a little more distant, so they can be safer in that regard.” In the case of the cat Crenshaw, Best says imaginary friends are perfectly normal and not at all harmful, and it follows that a child would choose an animal in the pet category, which is likely to give unconditional love. On the other hand, the scary wasp and the dangerous jellyfish make sense as villains, because “those are not animals that children interact with like a pet,” she says. “If you can displace some anxiety onto a non-person in the environment, then it probably does help neutralize it.”

Books like these can be helpful even for children who are not going through major personal problems of their own. They help model resilient behavior, according to Brooks. And they could help kids understand their peers better—especially in the case of book like Crenshaw, since many children have had classmates who’ve lost their homes since 2008, Best points out.

What’s critical for all young readers, whether or not they are struggling, is that they discuss things with their parents after reading. “You really have to know the cognitive level or the developmental level of the child, so they’re not going to be totally overwhelmed,” Brooks says. If they read something that scares or upsets them, it’s important that they unpack those feelings with a grown-up. Both on and off the page, says Brooks, “one of the key components of resilience is that there’s at least one supportive adult along the way who believes in you and can help you.” 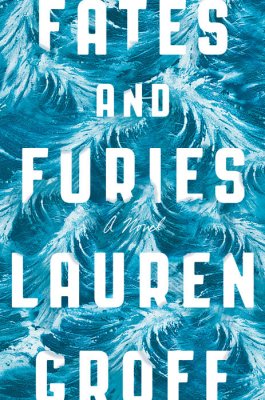