The monthly jobs report released Friday by the Labor Department has a margin of error of 100,000. That means even though the government pegs the number of jobs gained in September at 143,000, the true number could be anywhere between 43,000 and 243,000.

This fact is important to keep in mind because it reminds us that one shouldn’t draw any conclusions about the state of the economy from one month of jobs numbers. That said, the report is important for the Federal Reserve as it decides whether or not to raise interest rates, because it emphasizes some worrying long-term trends in the labor market today.

In a speech on Sept. 24, Fed Chair Janet Yellen outlined her case for why she thought economic conditions would warrant raising rates in 2015. In short, she believes that with the unemployment rate at 5.1%, we’re getting close to the level of employment that would lead to rising wages and, therefore, closer to the Fed’s goal of 2% inflation. But she did leave some wiggle room in that logic, namely that there could be slack in the job market that’s not showing up in the unemployment rate.

After the financial crisis hit, many people stopped looking for jobs. Older folks retired early, younger people decided to go back to school, and others took part time jobs even though they’d prefer to be working full time. These people aren’t picked up by the official unemployment rate, and their absence may be the reason why the rate is so low.

Take, for instance, the employment-population ratio for folks aged 25-54, show in the chart below. This measure controls for the fact that, as an aging country, we’d expect to have a smaller share of the population in work as time goes on.

While the labor market has improved by this measure since the financial crisis, it has been flat for most of 2015, suggesting there’s still slack in the labor market. Another key measure of unemployment is the U-6 unemployment rate, shown in the chart below, which counts people who are working part-time but want to be working full time, and people who have given up looking for a job but still want one, as unemployed:

While this measure showed improvement in the September report, you can see that it remains elevated—above the level it reached during the peak of the previous recession. If the Fed can be convinced that these measures remain too high for inflation to start picking up again, it could be many more months until we see higher interest rates. 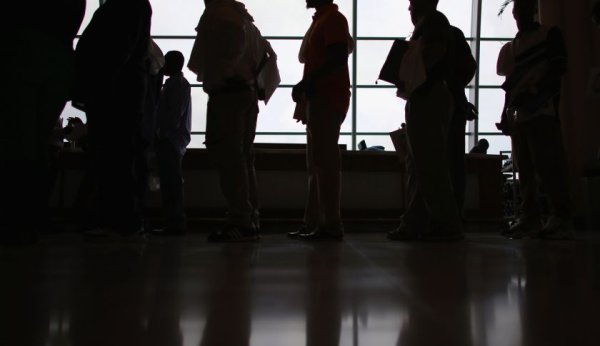 Why September’s Jobs Report Was a Huge Disappointment
Next Up: Editor's Pick