By Francesca Trianni and Olivier Laurent

For its 400 million users, Instagram is a repository for future memories — photographs and short videos that offer a window into what’s happening in the lives of their friends, their communities and their worlds.

But for Instagram itself, which turned five today, photo-sharing has a different purpose. The future, co-founder Kevin Systrom tells TIME, will see its community of users come together to offer a real-time view of the world around us — and, ultimately, to change what that world looks like.

The brainchild of Systrom and Mike Krieger, Instagram was founded with a simple goal in mind, to help its creators find a way to share images of what they were up to. After the product acquired 25,000 users in the 24 hours after its launch, Instagram grew quickly, to more than 150 million by Sept. 2013 and 400 million last month. But, after Hurricane Sandy hit in 2012, the company realized that users were reinterpreting what Instagram could do. “When [it] happened, the entire coast of the United States came together on social media in a way that I don’t think you really saw before,” says Systrom. “People were posting photos of themselves next to candles with the electricity out, flooding, trees down, damaged cars.” That’s when the founders realized that their simple moment-sharing app could be a powerful tool if it were organized and curated correctly.

Read more: Here Are the 5 Most Popular Instagram Photos of All Time

Turning that idea into reality took months of development, culminating in the June launch of Instagram’s new Explore feature, which organizes the platform’s content by trending hashtags and location search. The Facebook-owned company also hired a team of photo editors and writers to curate the million of images posted each day on the service.

“We believe you can see the world happening in real time through Instagram,” says Systrom. “And I think that’s true whether it’s Taylor Swift’s 1989 tour, which trends on Instagram all the time, or an important moment like a protest overseas, or a march like ‘Je suis Charlie’ in Paris. We want to make all of those, no matter how serious, no matter how playful, discoverable and accessible on Instagram. Because, at the end of the day, there’s no better way to consume what’s happening in the world other than images and video. And I think Instagram is at the natural nexus of both of those.”

In recent months, however, Instagram has been facing increasing competition from Snapchat and Periscope, two services that favor video over still images. And while Instagram users are already able to share 15-second videos, the company is looking at expanding its video features. “Video is going to be increasingly important,” says Systrom, pointing at how data transfer on wireless networks is becoming faster and cheaper. “For Instagram to succeed in the long run, video has to be a core part of not only what we’re good at, but also what the community produce[s]. So we’re very focused on video. We produced a product called Hyperlapse that lets you take stabilized time-lapse videos. And [that’s] a toe in the water [in terms of] video production tools that might come in the future.”

Read more: Watch the CEO of Instagram Describe the App’s First Photo Ever

Meanwhile, Instagram will continue to develop its community, one that grew from early photo enthusiasts to include millions of casual photographers too. Though Systrom says he can’t pin down how exactly the Instagram community is defined, that diversity of users is one of the tool’s biggest advantages—and, its founder says, one of the most important things for the company to support.

Especially that community could change the way we see the world, he tells TIME. “The next decade, at least on Instagram, will be the decade where we realize the power of a collective group of people capturing the world in real time through their phones,” he says. “I don’t think we quite understand how that will disrupt industries, whether that’s news [or] how we consume events happening around the world. And I hope that Instagram can become a platform and a medium that accelerates that disruption, and accelerates that access to everything happening in the world in real time. It’s going to be fun to see.” 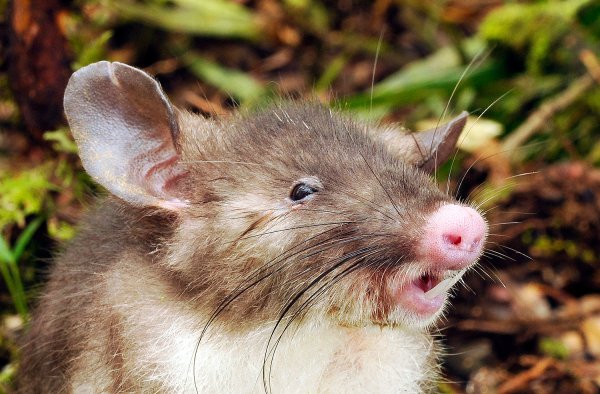 Meet the Hog-Nosed Rat
Next Up: Editor's Pick