12 Ways to Raise a Kid Who's Healthy for Life

We get it: It’s hard enough persuading your kids to eat anything that isn’t shaped like a dinosaur, to say nothing about dragging them away from the TV after just one episode of SpongeBob. But just remember, in the battle to help your children healthy, you might not be able to win every skirmish. “Just like a baseball player has to practice throwing, kids have to practice eating healthy foods,” and staying active, says Alexis Tindall, RD, a dietician at the Center for Healthy Weight and Nutrition at Nationwide Children’s Hospital. As a parent, you’re their head coach.

Don’t tell them to clean their plate

You want your child to finish eating when she’s full, not when she’s finished every morsel in front of her. Research suggests that kids who are told to eat everything on their plates may be more likely to request larger portions of food when they’re away from home. “Pushing kids to eat when they aren’t hungry sets up a bad precedent,” says Lauren Levine, M.D., a pediatrician at ColumbiaDoctors Midtown in New York City. Adults consume almost everything they serve themselves, according to a study by Cornell University experts, but their research also shows that kids only tend to eat about 60% of what they put on their plates—a totally “normal” thing, they say.

As adults, we often equate exercise with the gym. But kids? They just need to get moving for about an hour a day. So kick a soccer ball in the backyard, take a family walk, or go for a hike one weekend. The key is to make sure they’re enjoying it, says Alanna Levine, M.D., a pediatrician and spokesperson for the American Academy of Pediatrics (AAP). Once they’re done, she says, take a minute and ask them how their bodies feel. (Spoiler alert: good. Thanks, endorphins!) That way, kids will keep connecting that happy rush with physical activity, which reinforces the physical and mental benefits of exercise.

Don’t let them eat in front of the TV

Sure, kids might not put up a fuss about breakfast when that meal just so happens to be served during cartoon time. But children who chow down in front of the TV won’t be able to pay attention to the feelings of fullness that should signal the end of the meal, says Dr. Lauren Levine. Instead, “they’ll just eat mindlessly.” One 2009 study found that kids who snacked while watching television may eat more candy and soda, too. Plus, other research has found that the food advertising aimed at children reinforces the message that junk food tastes better—and can be linked to unhealthy diets in young adulthood too.

Better yet, set a screen limit

Fact: Children ages 8 to 18 now spend an average of 7.5 hours a day using media devices, according to a 2010 study by the Kasier Family Foundation. (That’s up from about 6.5 hours in 2000.) And watching TV—whether that’s on a flat screen, computer, or cell phone—takes up a whopping 4.5 hours a day. “You don’t want your children to be sedentary,” says Dr. Alanna Levine, “but watching TV all day also doesn’t increase their creativity, which is important for them.” Sure enough, this 2010 study found that kids who spend more time using media are more likely to get poor grades and are less likely to be content with themselves than those who aren’t as attached to their devices. Consider capping your child’s recreational screen time to no more than 2 hours a day. The AAP discourages any media use for kids under the age of 2 and recommends older children limit their non-education screen time—i.e., entertainment—to 1 to 2 hours daily.

Expose them to different foods, but be patient

And start early, if possible; research shows that kids’ food preferences don’t change much from ages 2 or 3 to age 8. If you’re introducing a food like broccoli into your child’s diet, go easy at first. “Just because they don’t eat it the first time doesn’t mean they won’t eat it the second or third time,” says Tindall. Just don’t make your child sit at the table until that broccoli is gone. “Then it becomes a ‘punishment food,'” she says. Instead, tell your child that she doesn’t have to finish it now, but will have to eat it for a snack if she’s hungry later. Another strategy: Arrange the food into a fun pattern on your child’s plates. One study in the journal Appetite found that kids ate twice as much fruit when it was skewered onto cocktail sticks and stuck to a watermelon.

Stash the cellphones for the night

Easier said than done, we know. But the truth is, tweens and teens who keep their phones by their bedside might have more difficulty falling asleep, according to a study published in the journal PLOS ONE. One possible reason: The blue light emitted from screens can suppress the body’s melatonin levels, which might throw off our circadian rhythms. Plus, when kids hear the ping of a text message, explains Dr. Alanna Levine, they get a rush of excitement, and that can interfere with sleep too. Since the bedroom should be a device-free zone, she recommends that families leave their cell phones in, say, the kitchen, to recharge for the night before going to bed. And yes, that includes parents, too.

Give them healthy snacks

The number of calories kids consume from snacks are on the rise: one 2010 study found a 27% increase from the late 70s to the early-to-mid 2000s. And desserts were the main contributor to that rise. But snacks shouldn’t be synonymous with treats, says Dr. Lauren Levine. “Little kids are active and might need to eat small amounts throughout the day,” she says. And that’s why their snacks should be nutritionally similar to meals, with a balance of healthy fats, whole grains, and protein—not just refined carbs covered in artificial orange dust.

Don’t make it all about calories

The goal is to boost your children’s health (emphasis on the health), so talk to them about how certain foods are better at giving you energy or are good for your body, says Tindall. By focusing on the positives, your kids will develop an appreciation for produce or whole grains—not just a fear of sugar. (Another suggestion: Try not to stress about your own weight, since teens can pick up on food anxiety, says Dr. Lauren Levine.) As for younger children, try telling them that it’s important to have a variety of colors on their plate. “They should know that a healthy meal has foods that are orange and green, not just beige,” Dr. Lauren Levine says.

It’s not just because you’re giving kids extra calories—it’s because, according to one review, using sweet foods as a reward can reinforce children’s preferences for these types of treats. For example, if a child receives a lollipop for answering a question correctly, she could associate that candy with doing well in class.

Get the whole family involved

There’s strength in numbers: Whether you’re gathering the extended family for a backyard volleyball game or a day at the lake, making events group activities can boost the fun. It works for meals too: Tindall recommends revving up some excitement by cooking a new food for dinner. (A little mystery goes a long way.) And one 2007 review suggested that if adults show enthusiasm toward a food, children may be more likely to mimic them. Or, if your child is old enough to help out in the kitchen, assign her some sous chef duties. One Canadian study in fifth graders found that kids who help their parents cook meals are more likely to eat fruits and vegetables than those who don’t do any food prep. Plus, it’s just fun.

Don’t go crazy with the “no junk food” rule

In theory, all things are fine in moderation, says Tindall. Problem is, not everyone—adults and kids alike—has the willpower to stick to one serving of potato chips. “It’s not good to over-restrict [foods],” says Tindall. “Kids are going to go to birthday parties and you don’t want them to try to eat half the cake.” It may take some trial and error, but try to find a balance that works for the whole family—whether that’s having a small dessert a few times a week or dividing up items like cookies and chips into small baggies so your kids can learn smart portion sizes.

The most important rule is to be a good role model for your children, says Dr. Alanna Levine. “You can’t drink soda for dinner and expect them to drink water or milk,” she says. Same goes for making physical activity a priority during the week and for putting away your cellphone at bedtime. “You want to show your kids that you’re setting these rules not to be mean,” she explains, “but because these habits will help them feel better.” 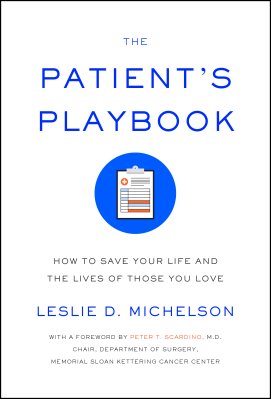 5 Tips For Getting the Most Out of Your Healthcare
Next Up: Editor's Pick