5 Ways to Handle Criticism at Work

Here’s the thing: most of us weren’t groomed to gracefully handle personal or professional criticism. It’s hard to walk away from a less than stellar performance review at work and not think you totally suck or that your boss has it out for you. Your behavior is a large part of your identity, so naturally, when someone tells you to change, their small suggestion can feel like a massive personal attack. And yeah, criticism can be tricky: how do you know this person wants you to succeed and isn’t just being a jerk? It’s impossible to know whether criticism is coming from a sincere place or not, but it is possible to process the information in a healthy, logical way. Introducing a few helpful checkpoints to keep in mind when receiving criticism so you don’t become a paranoid zombie:

Slipping into attack mode is never a good thing when someone is taking the time to give you an assessment. Arguing will almost always make you look unreceptive and contentious, and might end up proving many of the critic’s points. Instead of giving into the initial urge to lash out, take a breath, acknowledge their thoughts, and ask some productive questions, such as: “I appreciate you bringing this to my attention. Can you point to some specific instances where I’ve demonstrated a lack of communication? How could I have handled it differently? Going forward, how can I approach communicating with my team in a more effective way?” Asking open-ended questions makes you appear cooperative, flexible and open-minded. Even if you don’t entirely agree with them, this is certainly a more respectful, mature method of receiving a piece of criticism than immediately disagreeing.

Never say “I know” in response to criticism. You obviously don’t. Hearing this phrase will instantly put your critic on the defensive and turn what could have been a productive, civil dialogue into an argument. If you know (ha!) this is a habit of yours, try replacing it with a more positive phrase like, “I see” — sounds better, right? Equally satisfying for both parties.

Feeling like everyone is against you when you’re being criticized is so normal. In your head, you probably feel like the critic thinks you’re either emotionally or professionally incompetent. But in reality, they’re offering an opinion because they want you to stick around and improve. Your boss isn’t going to talk with you about polishing your email correspondence with a client if she doesn’t believe you can. If you were really terrible at your job, she’d find someone else to do it. This same idea can be applied to hearing criticism from a loved one or a friend; if they truly disliked you or didn’t want you around, they wouldn’t be around you. Instead of getting discouraged or angry, appreciate that your family member or friend feels comfortable enough to communicate their issues, and trusts you’ll listen and not judge them for bringing it up. It’s all out of love.

Do change your ways. Saying you’re sorry is unnecessary unless the situation absolutely calls for an apology (like if you’ve hurt someone’s feelings). If your boss suggests that you start proofreading your reports before sending them out because the last few have had multiple grammar mistakes, the knee-jerk reaction is to say you’re sorry. When it comes to discussing points of improvement, especially in the workplace, “I’m sorry” usually falls flat and makes you seem indecisive and unconfident. Try replacing “I’m sorry” with a stronger response, such as: “Of course, I will make that change.” A promise of proactivity will help you seem accountable and guess what? You still sound polite.

Don’t be so hard on yourself

Criticism is a part of life — you’re going to get it at some point from somewhere, whether it’s at work or at home. Remember that no one is perfect. If a person is asking you to change, they are investing in you, and it’s because you’re valuable to them in some way. Even though it’s difficult sometimes, know your worth and try to not to sweat the critics. You’ve got better things to do.

This article originally appeared on Avelist 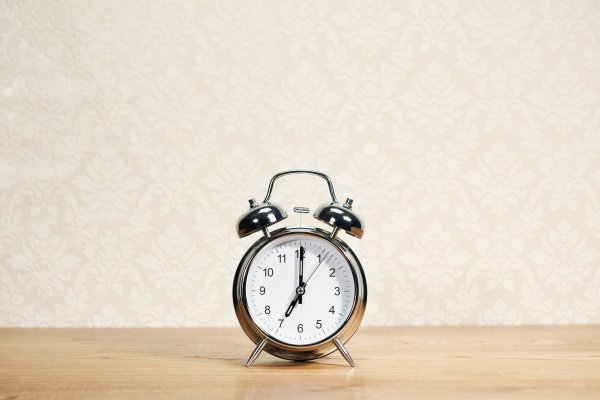 How to Start Your Week Successfully
Next Up: Editor's Pick