This image released by NASA on Thursday, Oct. 1, 2015, shows Charon, in enhanced color by captured by NASA's New Horizons captured just before closest approach on July 14, 2015.
NASA/AP
By Maya Rhodan

NASA published striking photos taken by the New Horizons spacecraft at the culmination of its 9-year mission to Pluto, which show an array of mountains, valleys, and canyons on the dwarf planet’s moon.

According to NASA, a system of canyons located just north of the moon’s equator is quadruple the length of the the Grand Canyon, and twice as deep in some areas indicating a “titanic geological upheaval in Charon’s past.”

The images were captured by New Horizons when the spacecraft traveled past the dwarf planet and its moon on July 14 and they were transmitted to Earth on Sept. 21. 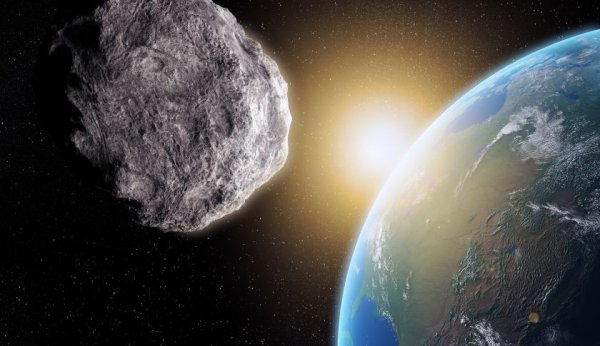 Scientists Prepare Asteroid Mission To Practice Saving The Earth
Next Up: Editor's Pick