These Are All the College Campus Shootings in 2015

A patient is wheeled into the emergency room at Mercy Medical Center in Roseburg, Ore., following a deadly shooting at Umpqua Community College, in Roseburg,, Oct. 1, 2015.
Aaron Yost—AP
By Josh Sanburn

The shooting at Northern Arizona University in Flagstaff, Ariz., on Friday, which killed one and injured three, is the 52nd shooting on school grounds this year and the 23rd on a college campus, according to a group that advocates for gun reform.

Everytown for Gun Safety has been tracking every school shooting since the 2012 incident at Sandy Hook Elementary School in Newtown, Conn., which claimed the lives of 20 children and six adults. Since then, there have been 149 shootings at schools.

The group defines a school shooting as any incident in which a firearm is discharged inside a school building or on campus grounds and not in self-defense. The shooting at Umpqua Community College on Oct. 1, which claimed 10 lives including the gunman, is by far the worst incident on a college campus this year. Some incidents are domestic disputes that occurred on campus; others involve professors who have turned violent. Umpqua is the first mass shooting at a college in 2015.

Here are all the college campus shootings this year: 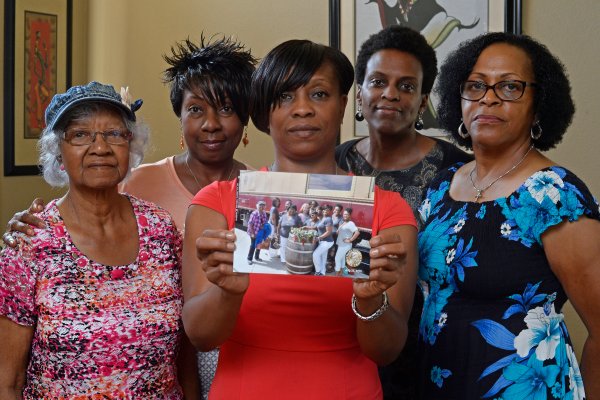 Women Booted Off Wine Train Plan to Sue
Next Up: Editor's Pick