Why We Should Take a Closer Look at Ben Carson

Ben Carson, 2016 Republican presidential candidate, smiles while arriving onstage to speak during the Values Voter Summit on Sept. 25, 2015 in Washington, D.C.
Bloomberg via Getty Images
Ideas
By Benjamin Crump
Benjamin L. Crump is the attorney for the families of Trayvon Martin, Michael Brown, and Corey Jones and is a former President of the National Bar Association

When Dr. Ben Carson visited Ferguson, Mo., in early September, I received a dozen phone calls from news reporters asking my opinion on his visit. I received similar phone calls when Hillary Clinton visited. I represented the parents of Michael Brown, the unarmed African-American teenager who was shot to death by police officer Darren Wilson in Ferguson.

Carson’s visit was a positive one. He seemed to be a man who was willing to address the issues at stake in a respectful and thoughtful manner. As this African-American Republican presidential candidate—whom I have known for quite some time—took it upon himself to spread wisdom in an area where help is needed, I found myself enthralled by his ideas and his willingness to listen.

Carson discussed the importance of education, and how it has become the great divide in this nation. If children don’t understand the importance of receiving a good education, then many other issues worsen as a result. This is not a novel idea, but it is one that many people elect to ignore in the wake of riots and frustration with police enforcement.

He also spoke about race. “We need to de-emphasize race and emphasize respect for each other,” he said. “If we respect people, we can begin to understand them. Our strength is in our unity.” I was taken aback by this comment, and many people’s initial reaction was like mine, one of irritation and anger. It seemed to imply that Carson did not believe that race matters at all.

But after talking to him, I discovered that it is simply not true that he thinks that race doesn’t matter. He acknowledges that race does indeed matter, and that racism exists in this nation. But he thinks that focusing solely on race will not allow us to foster the respectful dialogue to fix our fundamental problems. Carson believes that all lives matter, and I would find it very difficult to find anyone who disagrees with that.

Here is a man trying to instill the notion that we need to begin seeing people as people, and not perceiving everything through racial eyes. There are opportunities out there for our young people of color, but they won’t reach their full potential unless our society encourages them to achieve greatness while also facilitating an environment conducive to learning and improving oneself regardless of whatever obstacles they face.

Weeks after his Ferguson visit, Carson was all over the news following his comments on how he does not advocate for a Muslim president. Many people were offended and surprised to hear the world-renowned neurosurgeon express such views. I myself was taken aback and disagreed with his viewpoint. But I know him to be a good man with a lot of faith in God, and it is my belief that Carson’s comments were misconstrued.

Carson was not saying that Muslims should not be allowed to run for president. He has since explained: “Anybody from any faith, from any belief system, who comes to America, becomes an American citizen, embraces our American values and principles and is willing to subjugate their beliefs for our Constitution is somebody I have no problem with.” He seemed to imply that his initial comments were focused on radical Islamic beliefs.

Carson does not have experience as a politician, and he still needs to learn how to talk like one. We may criticize him for things we don’t agree with, but this country still needs voices like his and mine. I believe there are certain innate life experiences that I have in common with candidate Carson because we are African-American men who have had to overcome certain societal obstacles that all African-American men face. I felt the same when Barack Obama was running for president.

Long before he decided to enter the political landscape, Carson did positive things for our community. His career as a world-renowned pediatric neurosurgeon, after growing up in a single-parent household in the slums of Detroit, is one that we must keep in mind as this election continues. He is too valuable for our community to lose, and regardless of my political affiliation, there is a part of me that wants him to do well. No matter the outcome of the presidential race, Carson’s credibility should be left undamaged because he will still be a role model and a hero for many Americans, especially African-Americans—including myself. 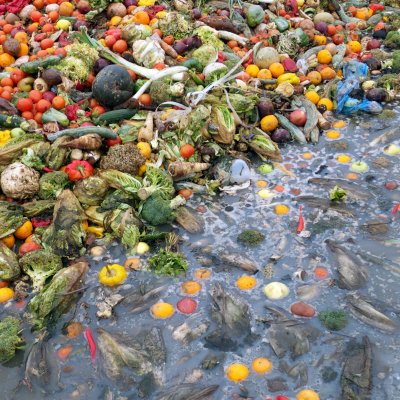 Why World Leaders Are Starting to Eat Garbage
Next Up: Editor's Pick