10 Ways Your Phone's Voice Assistant Can Make You More Productive

A customer looks at an Apple Inc. iPhone 6s Plus at an Apple store in Palo Alto, California, U.S., on Friday, Sept. 25, 2015.
Bloomberg—Bloomberg via Getty Images
By John Patrick Pullen

If you look at the numbers alone, voice assistants like Android’s Google Now, iOS’s Siri, and Windows’ Cortana are underperforming. For instance, according to Apple’s calculations from the spring, the company had sold more than 700 million iPhones. And this summer they announced that Siri has been processing more than 1 billion Siri requests a week. Impressive? No. That means every iPhone user is calling on Apple’s virtual assistant less than twice a week, on aveage—and that includes requests for knock-knock jokes.

But the reality is that these voice-driven interfaces can handle a lot more than two questions per week, and deliver more than awkward punchlines. With the ability to reach into your device’s operating system and your personal data, they can make your day job a lot easier.

Here are 10 ways that you can use Siri, Google Now, and Cortana to take care of business:

Due in part to Apple’s marketing prowess, Siri is the most well-known of the major voice assistants. And with the company’s recent release of iOS 9, she has gotten 40% quicker and 40% more accurate. Using “deep linking” into the data on your handset and in your accounts, she can do some pretty impressive things, including these time-saving tricks:

“Remind me about this.”

Mobile computing is rife with distraction. You could be engrossed in a news story while in line for coffee. You might be in the middle of replying to an email when your train arrives. Or you could be halfway through a lunchtime TED Talk when an urgent email pops into your inbox. By simply saying “Remind me about this later,” (and ideally listing a time), you can tell Siri to bookmark your place in everything from emails to to-do listings until things get less hectic.

This one is simple, but a time-saver nonetheless. Why peck in digits when you can ask Siri to do it for you? Just speak the number you want to call out loud, and she’ll read it back to you, before making the connection.

Procrastinators know this one all too well — you can get a lot done when the clock is ticking. Give Siri a shout-out to set a timer, and then see how much you can accomplish in the meantime. Brainstorming session? Social media break? Email triage? Just pick a timeframe to block out and let Siri count it down.

Because it’s not been anthropomorphized, Google Now is likely the least recognized of the three major voice assistants, but backed by the search giant’s wide-ranging interests, it has great skills. To make sure your Android device can hear you, you first have to activate “Ok Google.” But to get the most out of it, you’ll also want to let it detect your call from any screen, and let it deliver personal results.

Once you do that, here’s some of the ways Google Now can help make your work day run more smoothly:

“Show me my reservations.”

There’s a reason traveling secretaries are a thing of the past. Juggling an itinerary—along with boarding slips, luggage, and carryon bags—is harder than it needs to be. But bringing along a whole extra person is an unnecessary way to solve that problem. If you book all your reservations through Gmail, just say “Ok Google, show me my reservations,” and the virtual assistant will vault a trip-tic to the screen, complete with lodging, car rental, and even dinner details. Don’t have a place to eat yet? If you have the Open Table app, the assistant can even make a reservation for you.

Using this simple command will allow Google to mine your Gmail account for messages about purchases and shipments. The assistant will reply letting you know the most recent status of the package, and put a card on screen displaying the sender and method of shipment, among other information.

Staying on top of the bills can be a challenge, but if you set up your accounts through Gmail, the voice assistant will line them all up for you when you speak this command. That can come in handy when making a budget or when cutting checks or online payments.

Google has been translating for people via its search engine for years, but now users can use Google Now’s voice assistant to get international reach in an instant. It’s not perfect, but it’s still very good. For instance, if President Kennedy had used it to say “I am a Berliner,” in German, there would still be a jelly doughnut kerfuffle.

Microsoft has had a voice assistant on its mobile devices since last year, but with the release of Windows 10, she makes the leap to computers, something even Siri hasn’t done yet. And putting the ‘personal’ in personal assistant, Cortana keeps a “notebook” of her users’ preferences, which allow her to tailor everything from news story to restaurant suggestions to your tastes. To summon her by simply saying “Hey Cortana,” navigate to her notebook and click on settings, and then follow the prompts so she can better recognize your voice.

When you’re up to your elbows in an Excel document, sometimes grabbing a calculator and punching in a string of numbers can be too much for a brain to handle. Thankfully, Cortana is there at the ready. Just say “Hey Cortana,” and throw whatever math you need done at her, and the result will pop up quickly and accurately.

“Show me messages from…”

In the ever-rising flood of your email inbox, it’s impossible for people to keep track of all the important messages. But Cortana has it covered by being able to pull up your messages on demand. So, for instance, if you know your co-worker Caitlyn sent you that conference call number sometime last week, just say, “Hey Cortana, show me messages from Caitlyn,” and she’ll serve them all up to you in a jiffy.

“Remind me to do something the next time I talk to that person.”

Taking sincere interest in your clients is a great way to maintain a long, happy working relationship with them. But there are so many distractions over the course of the day that it can be difficult to remember the important bits to follow up on. So, the next time a client or co-worker reveals something personal about themselves — like they were leaving the office to take their son to his soccer game — tap Cortana with this phrase/construct to remind you to ask about it later. 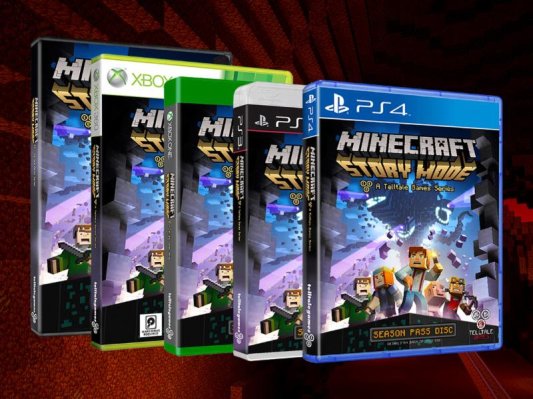