Yes, You Really Do Have a 'Type,' Science Says

Is beauty really in the eye of the beholder? A new study says yes, discovering that 50% of people’s preferences for faces is unique to them, and who we find attractive is most strongly influenced by our life experiences.

“If you were to rate faces [for attractiveness] and I were to rate the same faces, we would agree about 50% of the time,” says study author Jeremy Wilmer, an assistant professor of psychology at Wellesley College whose new research was published Thursday in the journal Current Biology.

The two-part study first had around 35,000 people rate faces for attractiveness on the website Testmybrain.org. Prior research has suggested that people generally agree that symmetrical faces are better-looking. That, and other factors, may account for the 50% consensus on beauty.

As for the other 50% of faces? That’s where the science really gets interesting.

In the second part of the study, the researchers studied the facial preferences of 547 pairs of identical twins and 214 pairs of fraternal twins. The hope was that by studying people who are genetically the same (or at least very similar) and who grew up and in the same environment, they would gain some insight into the nature or nurture effects of where the “eye of the beholder” variation in attractiveness perception comes from.

“In our case, we found that even though identical twins share all of their genes and their family environment they were really, really different from each other in their facial aesthetic preferences,” says Wilmer.

It’s likely personal experiences inform who we find attractive, and because they are so personal, we can greatly differ from someone who—on paper—is quite similar to us, the research suggests.

So what types of experiences influence who we find attractive? The researchers didn’t study this in their paper, but study author Laura Germine of Massachusetts General Hospital says that based on previous literature on this subject, they have some theories.

“Exposure to certain faces makes them seem more attractive,” she adds. That means a face that is very different from a face that you have never seen before tends to be judged as less attractive. It also means the kinds of faces you are exposed to in your work environment, in your relationships or even the face of your spouse could shift the kind of faces that you find attractive, she says.

Basically, who you find attractive may be less about where you grew up and where you went to school and more influenced by experiences that are very unique to you. More research is still needed, but the study suggests beauty really may be in the eye of the beholder. 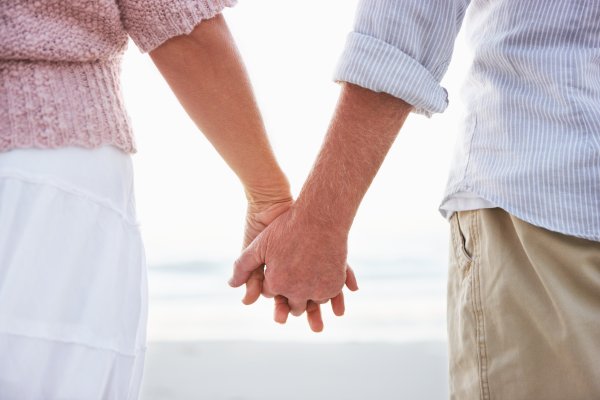 The Powerful Predictor Behind Successful Relationships
Next Up: Editor's Pick