If you want to reason with a bear — or anyone really — it’s probably a good idea to avoid threatening them with physical violence and then assaulting them. We learned this lesson from the above video, which shows a woman in Alaska growing increasingly exasperated as a bear eats her kayak. This happened shortly after she pepper sprayed him in the face.

The woman, Mary Maley, explains on YouTube that she was on a solo kayak trip and heard the bear rummaging around while she was eating lunch. Things start out okay, because the bear is leaving her kayak alone. She thanks him for that, and then she pepper sprays him in the face. He obviously does not enjoy that, so he retaliates by eating her kayak.

From there, a truly riveting emotional journey begins. Maley shouts and screams and begs, becoming increasingly more upset with the bear as she realizes she might become stranded.

“It’s the end of September,” she wails. “Why are you here? You’re supposed to be asleep.”

Lesson learned: if you mess with a bear, he will probably retaliate by destroying your things. 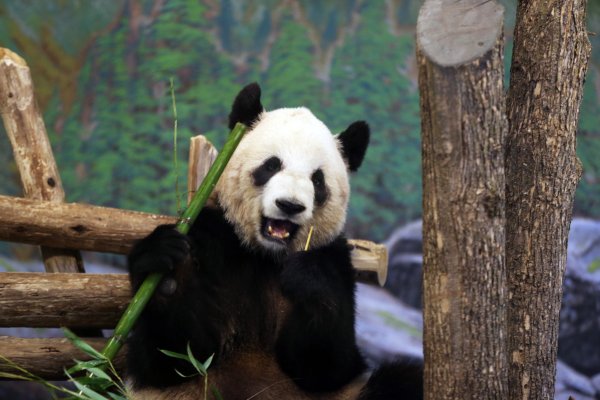 Toronto Zoo Is Expecting 2 Baby Pandas
Next Up: Editor's Pick