Hillary Clinton Raised $28 Million in the Past 3 Months

Democratic presidential candidate Hillary Clinton speaks to guests gathered for a campaign event at the University of Wisconsin-Milwaukee on Sept. 10, 2015 in Milwaukee, Wisconsin.
Scott Olson—Getty Images
By Sam Frizell

Hillary Clinton has raised more than $28 million over the past three months, a Clinton aide said late Wednesday, on pace with early campaign benchmarks but falling short of her first three-month period.

Since beginning her campaign, Clinton has raised a total of about $75 million, including about $47 million in the first quarter. The total puts her on track to meeting her goal of $100 million for the year.

“We are thrilled and grateful for the support of hundreds of thousands of donors across the country, helping us raise a record $75 million in the first two quarters,” said campaign manager Robby Mook.

Clinton has held a barrage of fundraising house parties in the weeks before the end of the quarter on Sept. 30, when all candidates must report their numbers to the Federal Election Commission. Clinton’s typical house parties require guests to raise $2,700 for the campaign.

While she has raised significantly more in total than her biggest challenger for the Democratic nomination, Bernie Sanders, Clinton brought in just $4 million more than the Vermont Senator in the most recent quarter. Sanders has built a robust online fundraising operations and raised more than $24 million this past quarter.

Clinton did not say how much cash her campaign has on hand, nor what her average donation was. An aide said that 93% of the third-quarter donations were $100 or less and more than 60% of the donors were women. 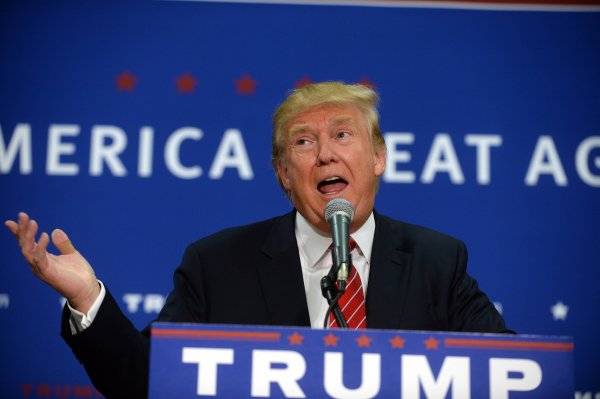 Trump Vows to Send Syrian Refugees Back If Elected
Next Up: Editor's Pick